In addition to keeping the new Redstone 4 builds rolling, today Microsoft released the latest new build for Insiders in the Skip Ahead branch.

Microsoft today is rolling out Windows 10 Redstone 5 Preview Build 17627 for Insiders in the Skip Ahead branch. This build comes just a day after Build 17127 was released to Insiders in the Fast ring. This build includes some of the new features added to yesterday’s release to the Fast ring, namely the Cortana improvements. There are a few general changes and known issues – here’s a look at what to expect. 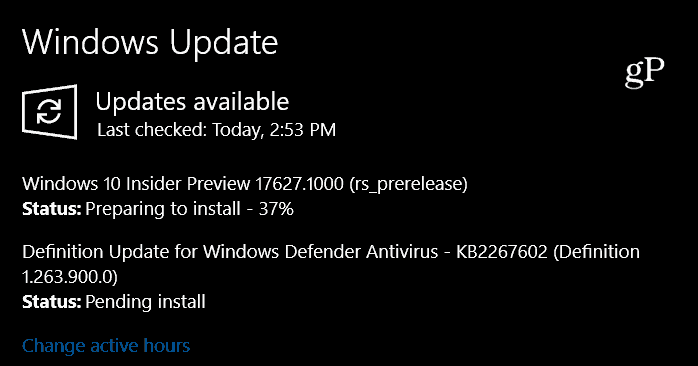 In addition to the improvements that were added to Cortana with yesterday’s Insider release, here is a look at the other general improvements:

As always, there are known issues and other changes for this build. Make sure to read Microsoft’s post to get a full list of all new features, known issues, and developer notes.

It’s also worth noting that in today’s announcement the Office team is encouraging Insiders to participate in the Microsoft Office Insider program. In her post, Dona Sarkar notes, “Windows and Office are continually looking for the best-connected experiences. Your feedback is extremely valuable to us and will help us to understand customer needs and scenarios and to prioritize our investments in the coming months.” If you’re a Windows user, check out our article on how to join the Office Insider program. If you’re running macOS, you can also get early releases as there is also an Office Insider program for Mac, too.

Are you an Insider in either the Fast or Skip Ahead rings? Or, are you just fine staying with the stable builds? Let us know your thoughts in the comment section below or hop in our Windows 10 Forums for more discussions and troubleshooting help.