Microsoft today released Windows 10 Redstone 5 preview build 17682 to insiders in the Fast ring. Like last week’s build 17677, in addition to bug fixes and other improvements, this one includes some new features. Namely improvements to Sets and Microsoft Edge for developers. Here is a look at what you can expect with this week’s new Insider build.

The Sets UI experience has been updated to make it more obvious that you can launch apps. In today’s post, Microsoft’s Dona Sarkar and Brandon LeBlanc note: “When you click the plus button in a Sets window, you will now see apps included in your frequent destinations list. You’ll also find that we’ve integrated the all apps list into this page so you can browse your apps, rather than just using the search box apps that support Sets will launch into a tab when clicked.” 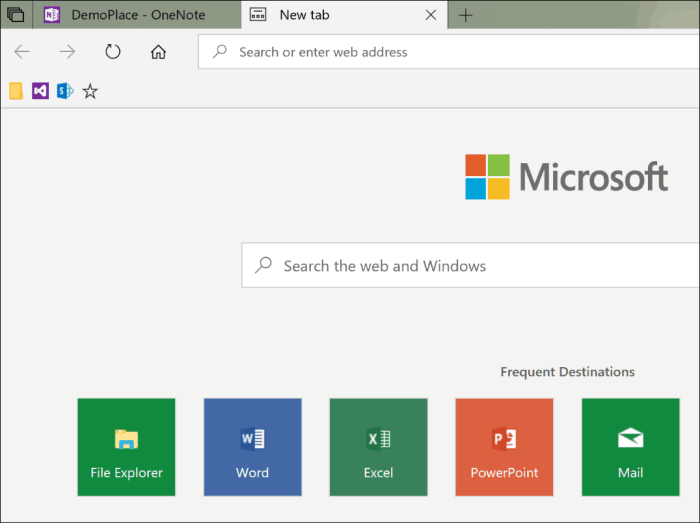 Wireless Projection experience is getting a control banner at the top of the screen with various options that allow better of your presentations. The control banner includes Game, Video, and Productivity modes. Each one is to get optimal display settings for each respective need.

Another interesting thing you might see after installing this build is a “Post-upgrade setup” screen. Since a lot of Insiders have done the initial setup of their testing machine long ago, this build is giving this screen, so you have the option to make any changes you want. You can either work through these options or simply bypass it by clicking “Skip for now”. 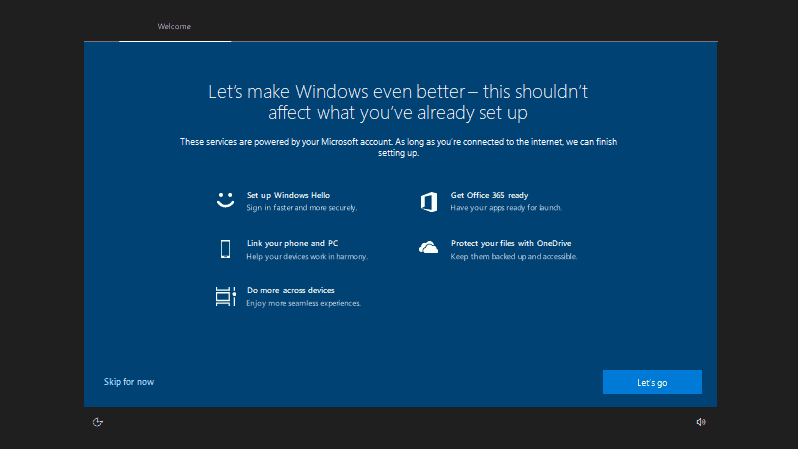 In addition to the new features above, here is a list of other fixes and improvements you can expect in today’s build:

As with all preview builds, there are known issues (many with Sets & Office) and other small changes. Make sure to read the full announcement for all of the developer notes.