While we are still waiting for Microsft to release Redstone 4 to the public, the company today released the latest version of Redstone 5.

Late this afternoon Microsoft rolled out Windows 10 Preview Build 17650 for Insiders in Skip Ahead. This is the first new build since last week’s Build 17643 which introduced Sets and Office 365 app compatibility. Today’s release isn’t as feature rich as that, but it does include an improved Fluent Design refresh for Windows Defender Security Center and other improvements. Here is a look at some of what you can expect in today’s new build.

Microsoft continues to revamp the overall UI of the OS with its FLuent Design and in this build, we get to see the new look of Windows Defender Security Center. In today’s post, Microsoft’s Dona Sarkar and Brandon LeBlanc note: “You’ll also notice we’ve adjusted the spacing and padding around the app and will now dynamically size the categories on the main page if more room is needed for extra info. Last but not least, we’ve also updated the title bar of the app so that it will now use your accent color if you’ve enabled that option in Color Settings – with Sets enabled, you will see this color in the WDSC tab.” 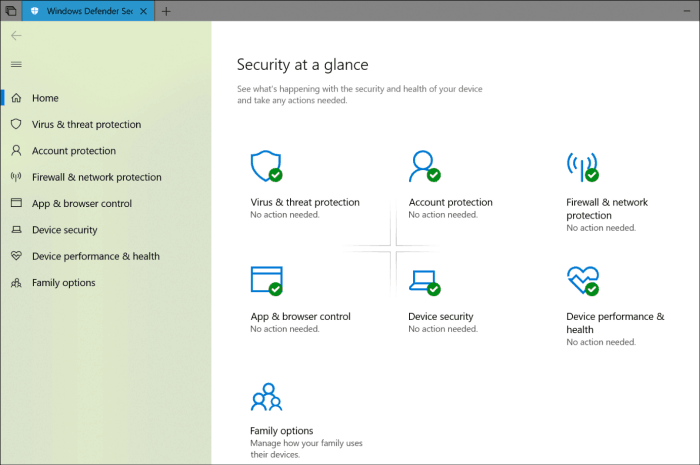 Another change in this build is aimed at the hardcore techies. Windows Defender Firewall now supports the Windows Subsystem for Linux. You can add specific rules to the firewall as you would for typical Windows processes.

In addition to the new improvements listed above, here is the list of other changes and fixes you can expect in this build:

Of course, as will all preview builds, there are several known issues as well. Be sure to read the full release notes to review all known issues and new features.