Microsoft today rolled out Windows 10 Preview Build 16299 for PC to Insiders in the Fast ring. No new features, only bug fixes during the final stretch.

Microsoft today rolled out Windows 10 Preview Build 16299 for PC to Insiders in the Fast ring. This is the first new Insider build this week following three releases last week; Build 16296 being the most recent.

Microsoft is at the point now where the Windows 10 Fall Creators Update, set to be released October 17th, is in the stabilization phase. Insiders can expect builds to be released at a rapid pace. All of the builds released for the next few weeks will include mostly bug fixes and no notable new features. 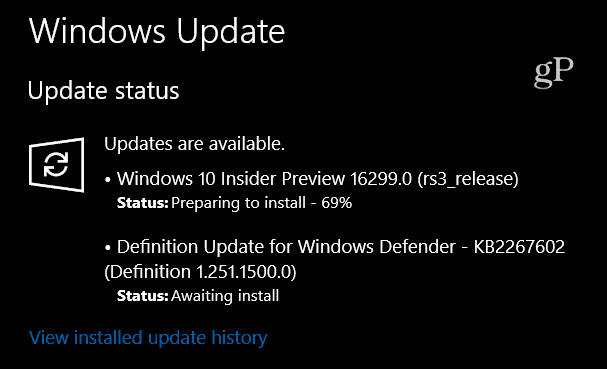 Here is a list of the improvements and fixes you can expect in this most recent build according to Dona Sarkar’s announcement:

Dona also notes that the entire Windows Insider team is at the Ignite conference in Orlando where they are meeting other Insiders. “We are all at Ignite in Orlando this week. It’s been such an honor and a privilege to have gotten a chance to meet you all online all these years and this week it’s been simply magical to meet face-to-face,” writes Sarkar. Today at the event, Microsoft also announced a ton of new UI and sharing improvements coming to OneDrive.

Are you looking forward to the release of Windows Fall Creators Update next month or not so much? Leave a comment in the section below and let us know your thoughts. Also, make sure to join our Windows 10 Forums for discussion on all things Microsoft and Windows 10.