Microsoft rolled out Windows 10 Preview Build 16296 to Insiders in the Fast ring. This makes for the third preview build for Insiders this week.

Microsoft rolled out Windows 10 Preview Build 16296 to Insiders in the Fast ring. This makes for the third preview build for Insiders this week. It started this past Tuesday with Build 16291 followed the next day with Build 16294 on and today’s build rounds out the trifecta. As with all the recent Fall Creators Update builds, this one focuses on bug fixes and doesn’t include any new features. 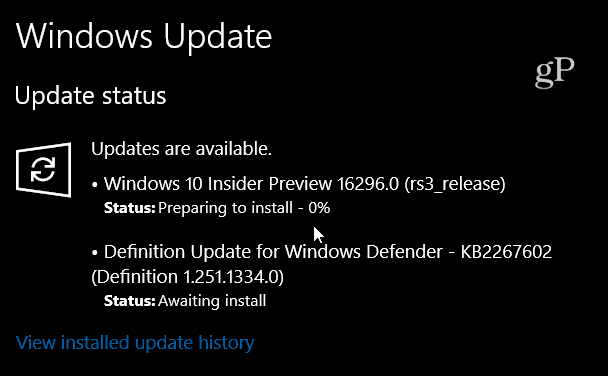 The Windows 10 Fall Creators Update is scheduled to be released to everyone on October 17th and there will be a lot more preview builds rolling out at a rapid pace. In fact, the leader of the Windows Insider program, Dona Sarkar, tweeted out a message about how busy it will be during the final stretch.

#WindowsInsiders things are going to get VERY busy the next few days. No build teasers, no major features, mostly bug fix releases.

Here is a list of the fixes you can expect in this most recent build according to Dona Sarkar’s announcement:

Dona also notes that the entire team will be at the Microsoft Ignite event in Orlando next week. And there will also be an Insider Pulse survey every week where Insiders can let the team know how they are doing. Surveys will usually be posted on Friday’s so be sure to stay tuned to the official Windows Insider Twitter account to know when a new survey is posted.

Things are getting quite busy for Microsoft and Windows 10. Are you excited for the Fall Creators Update or not so much? Leave a comment below and let us know.