Microsoft on Wednesday rolled out Windows 10 Preview Build 16294 to Insiders in the Fast ring. This is the second build for Insiders this week.

Microsoft on Wednesday rolled out Windows 10 Preview Build 16294 to Insiders in the Fast ring. This is the second release this week which comes on the heels of Preview Build 16291 which was released on Tuesday. The company is in the stabilization phase of development for the Fall Creators Update which is set to roll out to everyone October 17, 2017.  Since that date is just around the corner, the company is rolling out new builds to Insiders at a rapid pace. 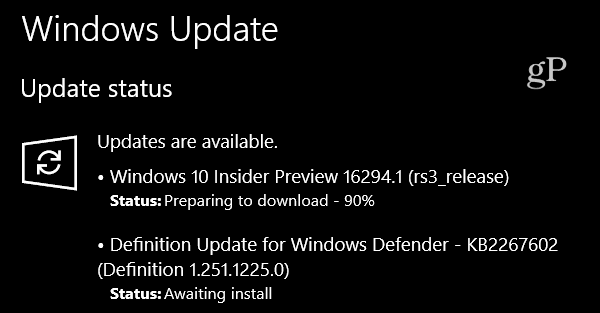 As is usually the case with build leading up to the final release, there are no new features. This build includes mostly bug fixes and general under-the-hood improvements. Here is a list of the fixes you can expect in this most recent build according to Dona Sarkar’s announcement: