Microsoft announced today the rollout of Windows 10 Build 16281 for Insiders in the Fast ring – just in time for testing over the long weekend.

Microsoft announced today the rollout of Windows 10 Build 16281 for Windows Insiders in the Fast ring – just in time for testing over the long weekend. Like last week, this is the second preview build released to Insiders in a week. The company is closing in on the official public release of the Windows 10 Fall Creators Update on October 17th. All preview builds are in the final stages of the development cycle and there are no new additional features; only minor changes and bug fixes. 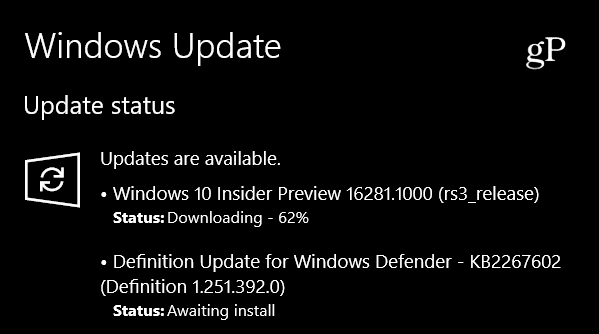 Here’s a look at the general changes, improvements, and fixes that you can expect in this most recent build according to Dona Sarkar’s blog post:

We’re just over six weeks away from the final release. Are you looking forward to upgrading to the new version, or not so much? Leave a comment below and let us know your thoughts.