Microsoft today is releasing build 21376 to Insiders in the Dev Channel. The main change in this release is an updated Segoe UI font.

Microsoft today is releasing Windows 10 21376 to Insiders in the Dev Channel. This release is the follow-up to build 21370. Today’s release brings an updated Segoe UI font as well as other changes and improvements. And a list of fixes. Here’s a look at what you can expect.

Microsoft notes in today’s release announcement that it is introducing an updated Segoe UI font. “We are introducing Segoe UI Variable which includes an optical axis so that font outlines can scale seamlessly from small to larger display sizes. Segoe UI Variable is a refreshed take on the classic Segoe, now with improved legibility at small sizes, and much improved outlines at display sizes. Please note: While Segoe UI Variable is included as part of the OS, its adoption across all the visual surface areas is ongoing and will roll out progressively over time. This means not every visual surface is utilizing the new font just yet.” 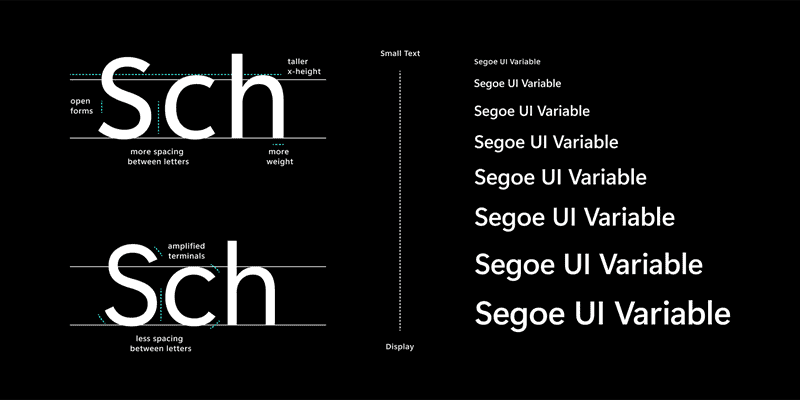 Here is the list of changes and improvements in this release:

And this is the list of fixes to expect in today’s latest build: