Microsoft today is releasing Windows 10 build 21359 to Insiders in the Dev Channel. Here’s a look at what’s new.

Microsoft today is releasing Windows 10 Build 21359 to Insiders in the Dev Channel. This release is the follow-up to build 21354. There is one notable change to the Start menu for restarting apps and the rest is other improvements and fixes. Here is a look at what you can expect.

The most notable change in this build is a Start Menu option that lets you restart apps after signing in when you reboot your device. You can find it under Settings > Accounts > Sign-in options > Restart apps. When it’s enabled you will see the following option in the Start menu. 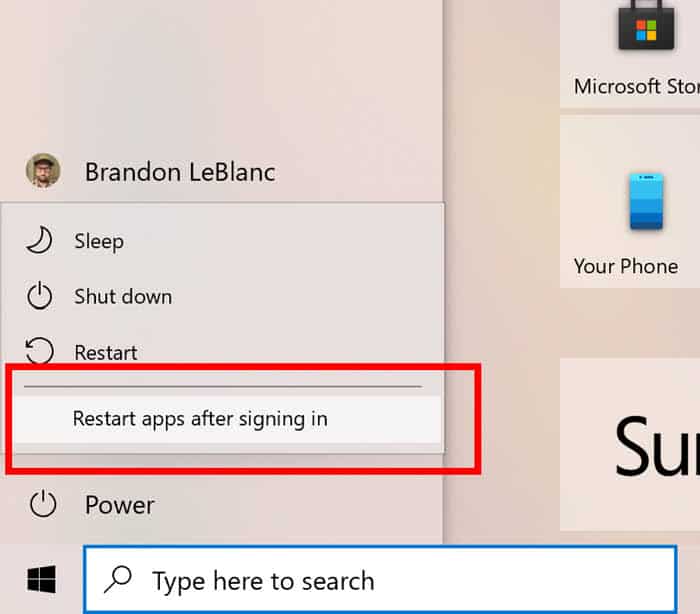 Here is the list of other changes and improvements:

And here is the list of fixes contained in today’s new build:

It’s important to note that Insider builds are meant for coders, IT admins, and Windows 10 enthusiasts who want to test new features and submit feedback to Microsoft.