Microsoft today is releasing Windows 10 build 20231 to Insiders in the Dev Channel. This build follows up last week’s build 20226. Today’s build contains a couple of new features as well as a lengthy list of fixes for the OS. Here’s a look at what’s new.

To improve upon initial device setup Microsoft is adding a page to the Windows OOBE “To help better understand how you plan to use your device and aid in customizing your device given your intended usage.” This feature is rolling out to a subset of Insiders in the Dev Channel so you may or may not see it on your build. 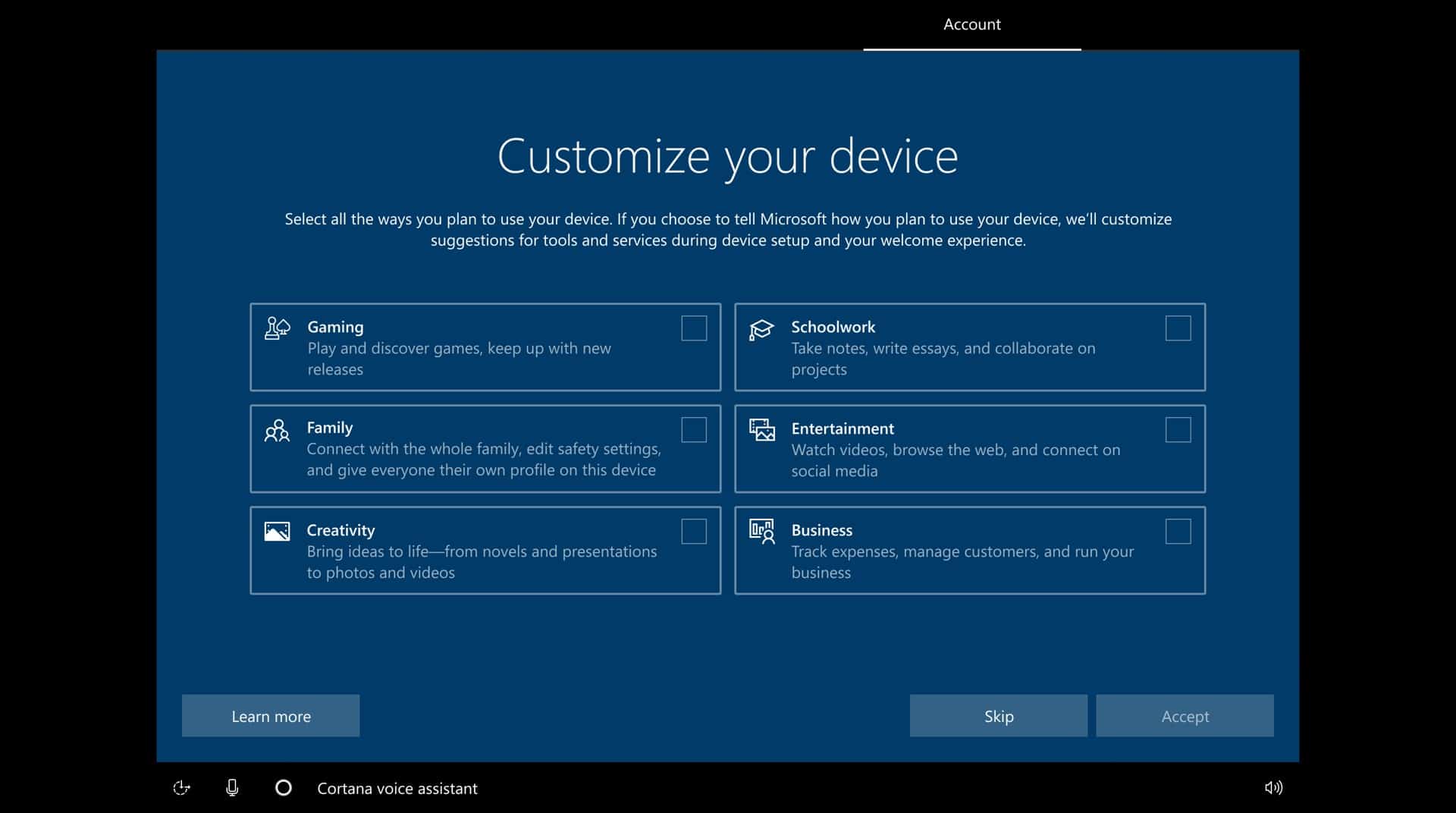 Here is the list of changes and improvements to build 20231:

And here is the list of fixes contained in today’s new build: