Microsoft today is releasing Windows 10 build 20197 to Insiders in the Dev Channel (formerly Fast ring). This release follows up last week’s build 20190. Similar to other builds of late there are few front-facing new features. But today’s release does contain a healthy list of changes, improvements, and fixes. Here’s a look at what you can expect.

One of the new features included in today’s build is the ability to manage your disks and volumes from within the Settings app. “Unlike the existing Disk Management MMC snap-in, this modern experience was built from the ground up to with accessibility in mind. It also features better integration with features such as Storage Spaces and the Storage breakdown page.” 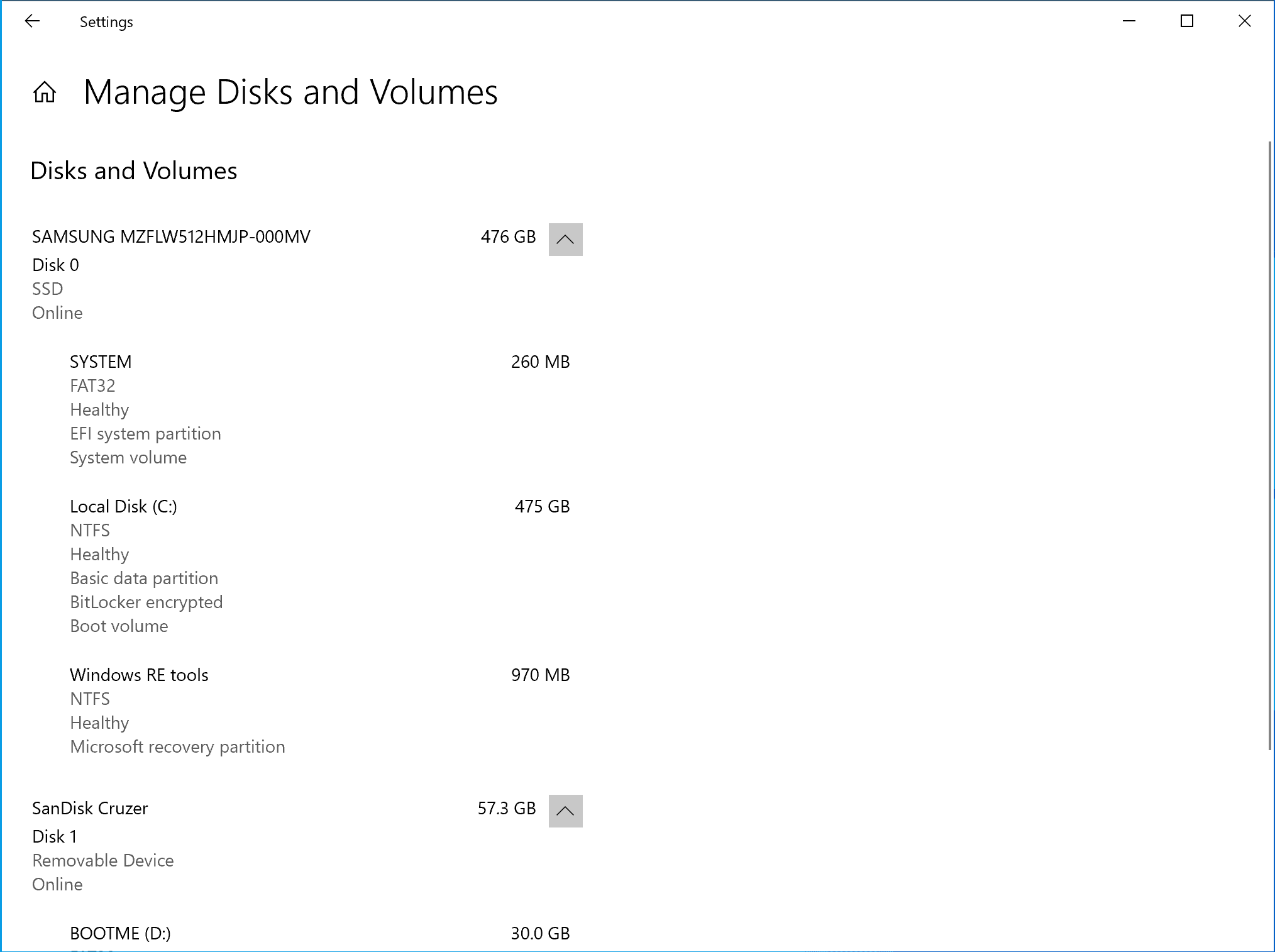 Here is the list of changes and improvements in today’s new build: