Microsoft today released Windows 10 Build 19619 to Insiders in the Fast ring. Today’s release follows last week’s build 19613 which included few front-facing features. Similar to other builds of late this one also has few features. Here’s a look at what you can expect.

It does include a new COVID-19 banner in Search Home as well as more improvements to the Your Phone app. 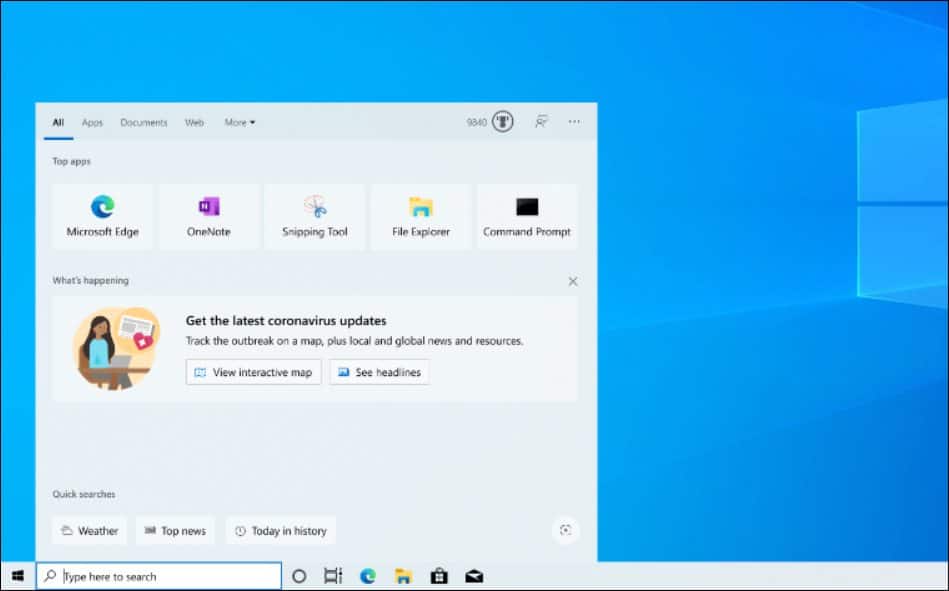 Example of the Coronavirus updates banner.

Here is the general changes and improvements:

Here is the list of fixes contained in today’s build:

Keep in mind that Insider builds are meant for coders, IT admins, and Windows enthusiasts who want to test out new features and submit feedback to Microsoft.