Microsoft today released Windows 10 20H1 preview build 18898 to Insiders in the Fast ring. Here is a look at the improvements and what you can expect.

Microsoft today released Windows 10 20H1 preview build 18898 to Insiders in the Fast ring. Today’s release comes after last week’s build 18894 which introduces some interesting new File Explorer features that include a new “Windows Search” box. This build is light on new features other than a new disk type listing in task manager. Here is a look at what you can expect with this week’s latest Insider build.

The main new feature to note in this latest release is a small but convenient improvement in Task Manager. You will now be able to see the type of hard disk that’s operating on your system under the “Performance” tab. For example, SSD vs HDD. The listing isn’t just for your main local drive but will also include a disk type for other installed drives in your computer. It will help you differentiate between them. 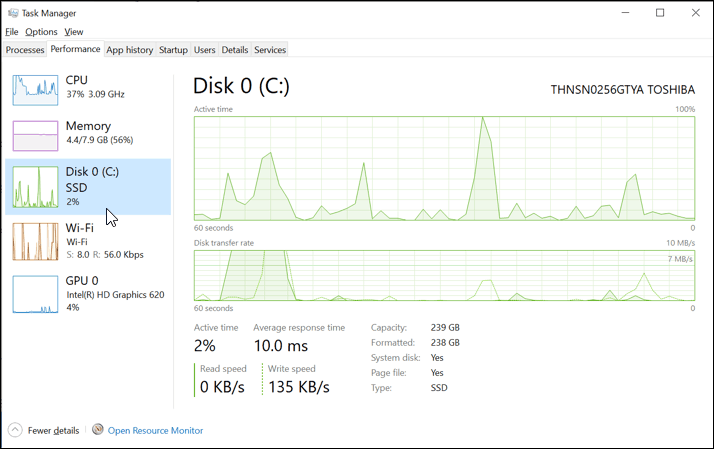 In addition to the new disk type listing in Task Manager, here is the list of other improvements included with today’s new build:

Always keep in mind that with Insider preview builds, you can expect several bugs and other issues for users and developers. Unless you’re an experienced user, or really bold, don’t install these builds on your main production PC. Since these are still early builds, there are lengthy lists of known issues. Make sure to read Microsoft’s full announcement for all changes, issues, and workarounds for users and developers.