Microsoft today released Windows 10 18995 to Insiders in the Fast ring. It includes new login and Your Phone app features. Here’s what you can expect in today’s latest build.

Microsoft today released Windows 10 20H1 preview build 18995 to Insiders in the Fast ring. This is the follow up to last week’s build 18990 which was light on new features but contains a ton of fixes. Today’s build introduces a new Windows Hello PIN Safe mode, improvements to the Your Phone app, and a lengthy list of other overall system changes and improvements.

This build is introducing Windows Hello PIN in Safe Mode. Booting into Safe Mode only launches the minimum files and drivers to get Windows and your system running. It’s a great troubleshooting tool. And with 18995 Microsoft is “adding Windows Hello PIN sign-in support to Safe mode, so that you no longer have to rely on your password when troubleshooting your device.” 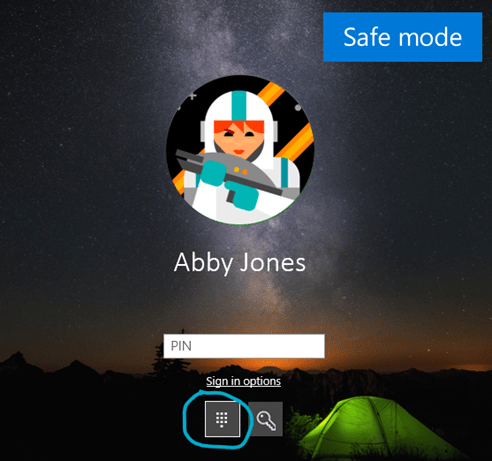 The Your Phone app is gaining new features including the Link to Windows, Phone Screen, and Battery Level Indicator. It’s rolling out to Samsung Galaxy S10, S10+, S10e, S10 5G, and Fold devices in select markets. Microsoft says the new features will gradually roll out to all users as the testing continues.

In addition to the improvements listed above, here is the list of other changes and fixes to expect in today’s build:

Windows 10 20H1 is an Insider build that will include the feature the updates we expect to see next Spring. And, as always, remember that with Insider builds you can expect a lot of bugs, instability, and other issues for both users and developers. Make sure to read Microsoft’s full blog post for all changes, known issues, and workarounds.