Microsoft today is rolling out Windows 10 20H1 preview build 18980 to insiders in the Fast ring. It includes changes to Cortana, WSL support for ARM64, and more.

Microsoft today released Windows 10 20H1 preview build 18980 to Insiders in the Fast ring. This version comes on the heels of build 18975 which includes a few updates to Cortana and Windows Subsystem for Linux (WSL). Like the last build, today’s release doesn’t have much in the way of new features either. But it does include more updates to Cortana and WSL. It also includes a healthy list of other general fixes and improvements. Here’s a look at what you can expect.

This build is making the new Cortana app — introduced in build 18945 – available to all insiders worldwide. Currently, the updated Cortana app supports English (U.S.) only. However, the company notes that “In a future Cortana app update, customers will have the option to use Cortana if they speak a supported language, regardless of their OS display language.” 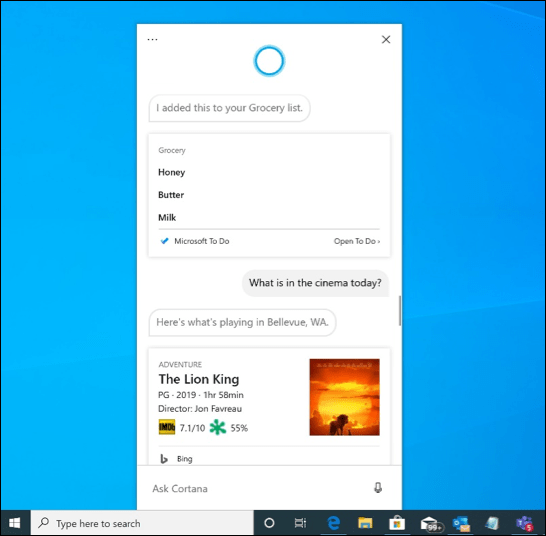 This release has also added WSL2 support for ARM64 devices. There is also the added ability to set your distribution’s default user with the /etc/wsl.conf file. For more on the improvements check out Microsoft’s WSL release notes.

In addition to the new features and changes above, here is the list of other fixes and improvements included in today’s build:

Keep in mind that Windows 10 20H1 is an Insider build that will include the feature the updates we expect to see next Spring. Microsoft has announced that 19H2 will basically be a service pack which is expected to roll out later this month.

With Insider builds you can expect a lot of bugs and other issues for both users and developers alike. Make sure to read Microsoft’s full blog post for all changes, known issues, and workarounds in build 18980.