Microsoft today released a new Windows 10 20H1 build to Insiders in the Fast ring in the form of 18908. It includes new Your Phone features and more.

Microsoft today released Windows 10 20H1 build 18908 to Insiders in the Fast ring. This latest build comes with some interesting new features of note for the Your Phone app. It includes keyboard language and layout, and screen reading via TalkBack, and new desktop icons. Here is a look at what you can expect from today’s latest Insider build.

Your Phone app improvements. The Your Phone app includes new accessibility features, keyboard language, and layout. Users of the TalkBack feature on Android can now enable the Your Phone companion accessibility. Focus Tracking is also available. “You will now be able to interact with your Android phone’s apps at your preferred magnification while in the phone screen. Focus tracking will seamlessly follow your keyboard focus and mouse pointer input,” writes Dona Sarkar and Brandon LeBlanc. 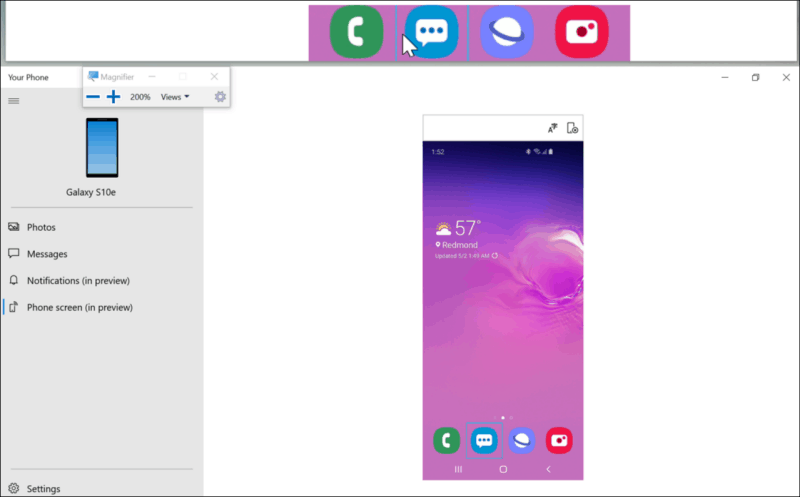 Other new features include Send and receive MMS messages, Unread message indicator, Contact images, In-line reply, and an Emoji picker. Also, Your Phone can now sync over mobile data and not just Wi-Fi. Microsoft is introducing new Your Phone and Your Phone Companion icons for Windows 10. 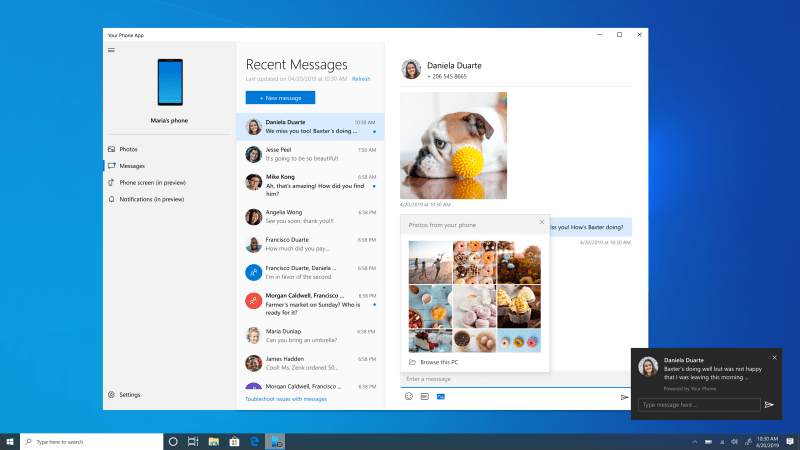 In addition to the new features above, here is the list of other changes and improvements to expect in today’s build:

Remember that you can expect several bugs and other issues for both users and developers with Insider preview builds. Unless you’re an experienced user, or really bold, don’t install these builds on your main production PC. Since these are still early builds, there are lengthy lists of known issues. Make sure to read Microsoft’s full announcement for all changes, issues, and workarounds.