Microsoft released Windows 10 20H1 build 18894 to Insiders in the Fast ring. In addition to fixes and changes, this build includes improvements to File Explorer search.

Microsoft today released Windows 10 20H1 preview build 18894 to Insiders in the Fast ring. This comes on the heels of last week’s build 18890 that only had minor changes and no new features. Today’s new build includes some interesting new improvements for File Explorer that include a new search experience. In addition, there are accessibility enhancements and a number of under-the-hood fixes and improvements. Here is a look at what you can expect in today’s recent build.

File Explorer is getting a new “Windows Search” powered experience. It is starting to roll out to a small number of Insiders at first and Microsoft will increase the percentage of Insiders that get it over time. The new search experience will “help integrate your OneDrive content online with the traditional indexed results,” according to the announcement. When you type a query in the File Explorer search box, you’ll get a dropdown populated with suggested files to choose from. 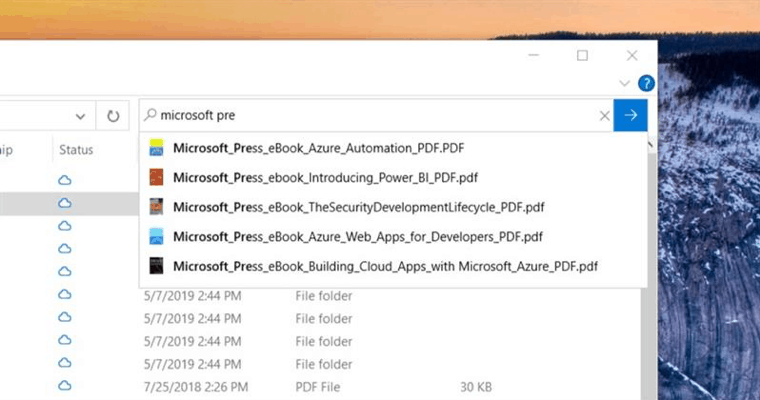 In addition to the improvements to File Explorer, here is the list of other changes, fixes, and improvements included in this build:

Remember, of course, this is still an early preview build and you can expect several bugs and other issues for users and developers. Make sure to read Microsoft’s full announcement for all changes, known issues, and workarounds.