Microsoft is getting close to releasing the final version of the next feature update expected this spring. Here is a look at what’s included in the latest Insider build.

Microsoft today released Windows 10 19H1 preview build 18351 for Insiders in the Fast ring. This build comes after the company released two new Insider builds last week including build 18346 and build 18348. As we get closer to the final release, we can expect more builds coming at a more rapid pace. There are no new features in today’s build but it does offer some more changes and improvements for 1903. 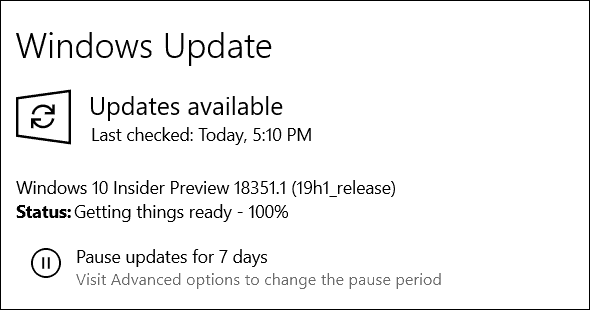 Here is the list of improvements and fixes you can expect with today’s latest build:

While we are getting closer to the final feature update, there are still a number of known issues for users and developers alike. Make sure to read Microsoft’s full blog post for all changes, known issues, and workarounds.