It’s Patch Tuesday and today Microsoft is rolling out new cumulative updates for all supported versions of Windows and Server. 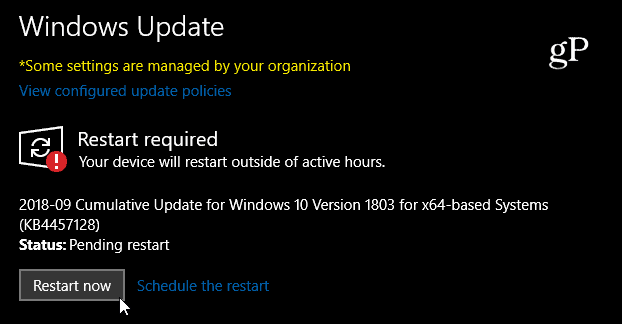 While it is a typical Patch Tuesday, Microsoft also rolled out a cumulative update a couple weeks ago with KB4346783. And there are surprisingly few fixes listed for today’s update.

You should get this update automatically over the next couple days, or, if you want to stay on top of things, head to Settings > Update & security > Windows update to get it. Or, manually download KB4457128 here. After restarting your system, hit the Windows key and type: winver and hit Enter. You will see your version has been bumped to Build 17134.285. 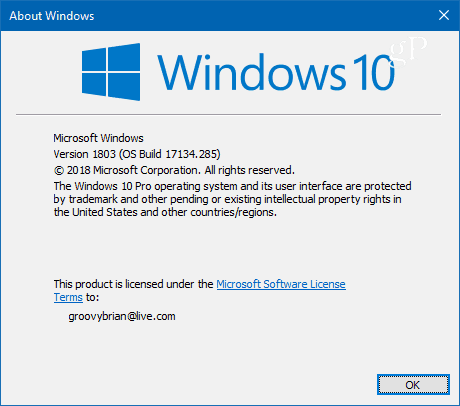 Since it’s Patch Tuesday for September, there are also new cumulative updates for other Windows 10 versions including KB4457142 for Fall Creators Update build 1709 and KB4457138 for Creators Update build 1703. And if you’re an Insider, it’s important to note that the company today also released build 17758 to the Fast Ring. Of course, you’ll want to check Windows Update for new patches that were released today on any other supported version of Windows or Server.