Microsoft released a new preview build for Redstone 5 for Insiders today. There aren’t as many new features as the last one, but here’s what you can expect.

Microsoft today released Windows 10 Redstone 5 Preview Build 17672 to Insiders in the Fast ring. There aren’t as many new features in this version as there were in last week’s Build 17666 but there are plenty of bug fixes and overall improvements. 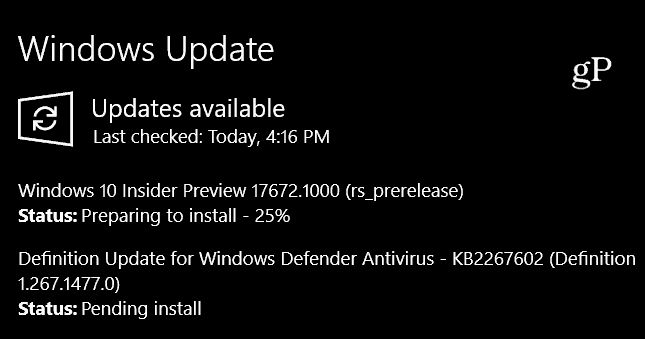 However, there is one major change to Windows Security Center. In today’s blog post, Microsoft’s Dona Sarkar and Brandon LeBlanc note: “Products that have not yet implemented this will not appear in the Windows Security UI, and Windows Defender Antivirus will remain enabled side-by-side with these products.” For testing you can disable it by creating the following Registry key and rebooting:

Here is the list of some of the other changes and improvement to expect in this build:

Of course, with all preview builds there are known issues and other small changes. For more, make sure to read Microsoft’s post for full developer notes.