Microsoft today issued out of band update KB4015438 which is a minor update that has two fixes for last Tuesday’s Cumulative Update 4013429.

Today, Microsoft issued out of band update KB4015438, a minor update with two fixes for last Tuesday’s Cumulative Update 4013429. This update is for everyone running Windows 10 (Version 1607) on their PC, and it does not include mobile. 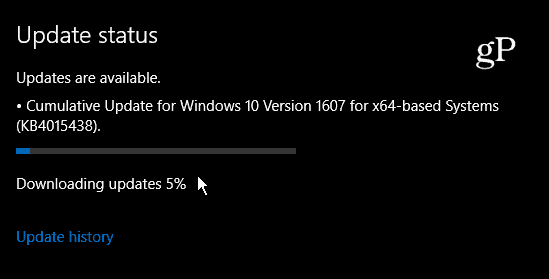 Here are the two improvements and fixes that are included in this update according to Microsoft’s support article:

It’s interesting to see a fix for Windows DVD Player as it’s not a built-in app. As you probably know already, Windows 10 doesn’t have native DVD playback support, and Microsoft’s DVD Player app is priced at a ridiculous $14.99.

If you don’t care to pay that much for a mediocre DVD playback app, check out our article on how to get DVD Playback in Windows 10 for free. That article recommends free third-party options like VLC Player and others. The cause of the DVD crashing is an issue within the Windows 10 code itself regarding third-party apps as well.

You should get this update automatically; however, if you like to stay on top of your updates, head to Settings > Update & security > Windows update and remember that (of course) a restart is required. If you don’t want the update restart to ruin your workflow, make sure to double-check your Active Hours settings.

It’s also worth mentioning that this update will increase your build number slightly to 14393.969, which is up from last week’s update of build 14393.953. To see your current build hit the Windows Key and type: winver, and hit Enter. 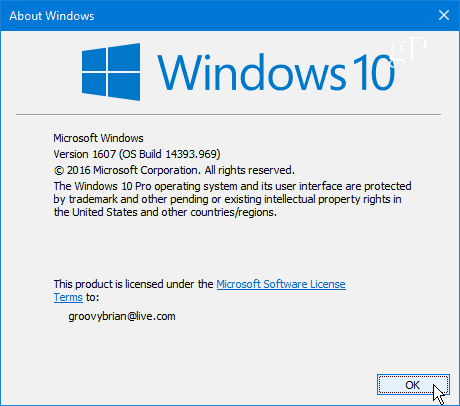 If you were having issues with DVD playback after last week’s update, please leave a comment below and let us know if today’s update fixes the problem. Or, check out our Windows 10 Forums for additional in-depth troubleshooting and discussion about all things Windows 10.