It’s Patch Tuesday again and today Microsoft is rolling out new cumulative updates for all supported versions of Windows 10.

It’s Patch Tuesday again. And today Microsoft today is releasing new cumulative updates for all supported versions of Windows 10. If you are running Windows 10 1903 aka “May 2019 Update” your update will come in the form of KB4524570. As is the case with cumulative updates, there are no new features to report. But there is a number of security fixes and overall system improvements. 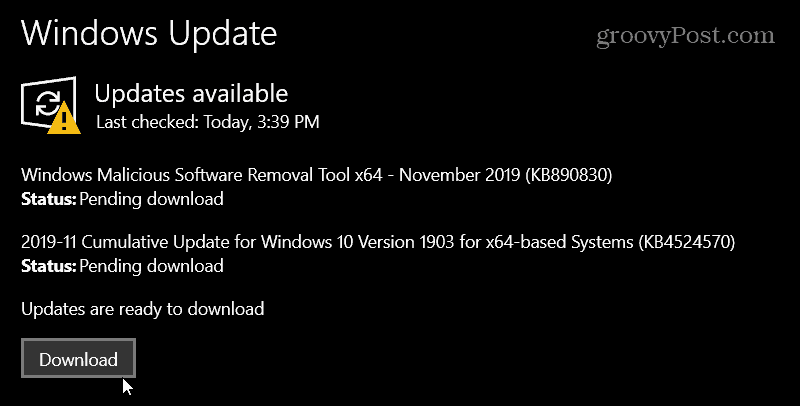 Note: Microsoft today also released Windows 10 version 1909 and both versions 1903 and 1909 will get the same cumulative updates moving forward.

If you have automatic updates enabled, you should see the updates in the next couple of days. Or, if you can stay on top of things by heading to Settings > Update & Security > Microsoft Update to check. Or, you can manually install it by downloading it from the Microsoft Update Catalog. Remember, a full system restart is required to complete the installation process.

Older supported versions of Windows 10 are receiving patches today, too. There are also a few known issues with these updates which vary depending on the version of Windows 10 you’re running. Make sure to read the Windows 10 Update History page for your version’s release notes.

If you have any issues with your system after the update that isn’t resolved by Microsoft’s documented workarounds, you can roll them back. For more on how to do that, read our article: How to Uninstall Windows 10 Cumulative Update.