Microsoft released a new batch of optional cumulative updates for Windows 10 version 1903 aka “May 2019 Update”. Here’s a look at what you can expect.

Microsoft today released a new option cumulative update for Windows 10 1903 aka “May 2019 Update” in the form of KB4522355. Today’s update arrives a couple of weeks following the company’s October Patch Tuesday updates. But this is an optional update which means it will not be installed automatically. You can choose to install it or not via Windows Update. But it does contain a lengthy list of fixes and overall system improvements. 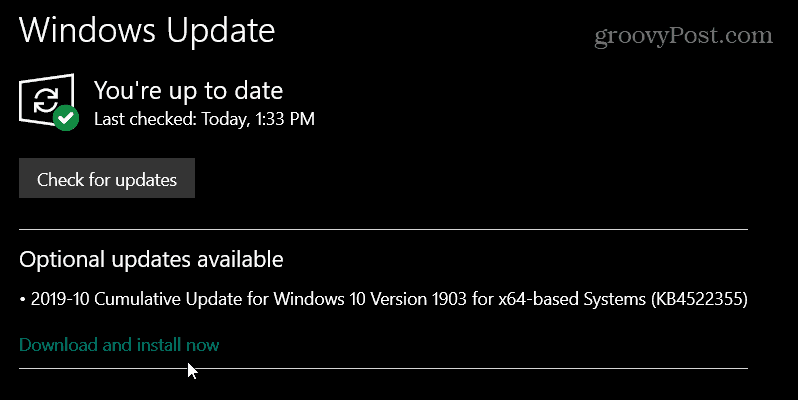 After installing today’s new cumulative update your build number will be bumped to 18362.449 and it will include the following list of improvements and fixes:

You should find this update by heading to Settings > Update & Security > Windows Update. Again, it’s optional so you will need to manually click the “Download and Install now” button to install it. Or, you can manually download and install it from Windows Update Catalog.

There are no documented known issues with the update at this time. However, if you install this and do experience a problem, remember you can roll it back. For more, check out our article on how to uninstall Windows 10 cumulative updates.