Here is the list of the new fixes and improvements included in today’s new update:

You should receive this update automatically in the next couple days. But if you want to stay on top of things, you can check for the update by heading to Settings > Update & Security > Windows Update or manually download it here for Windows 10 and Server. After the update completes, hit the Windows Key and type: winver and hit Enter. You will see your build number has jumped to 17134.191. 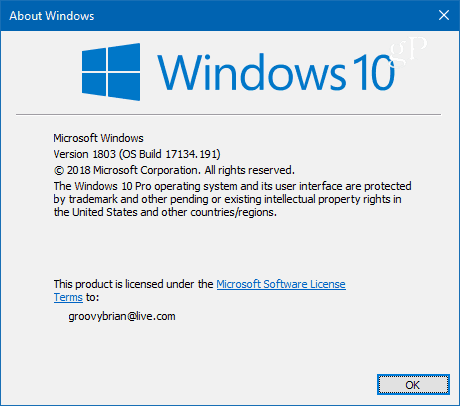