Microsoft today rolled out new Cumulative Update KB4054517 for Windows 10 Fall Creators Update for PC as part of Microsoft’s regular monthly Patch Tuesday. This build doesn’t include any new features but does include quality improvements, security patches, and bug fixes. 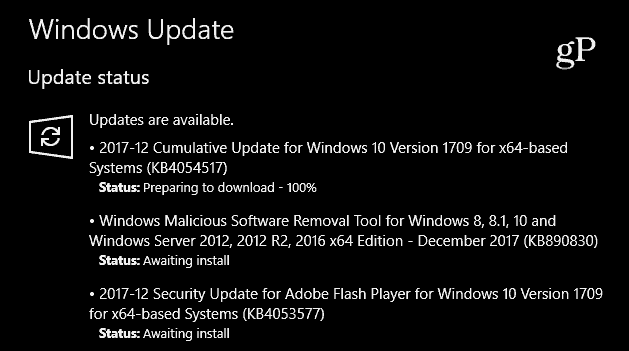 Here is a look at what’s been changed and fixed in this latest cumulative update according to Microsoft’s changelog:

As usual, this update will be automatically downloaded and installed to your PC within a couple of days, but if you want to get on top of the situation, you can get the update right away by going to to Settings > Update & Security > Windows Update.

You’ll also need to reboot your PC to complete this update. Remember that you can schedule a time for your computer to restart that’s most convenient for you. For more on that, read our guide on how to schedule Windows 10 Update restarts.

After the update hit the Windows key and type: winver and you will see your build number has been bumped up to 16299.125. 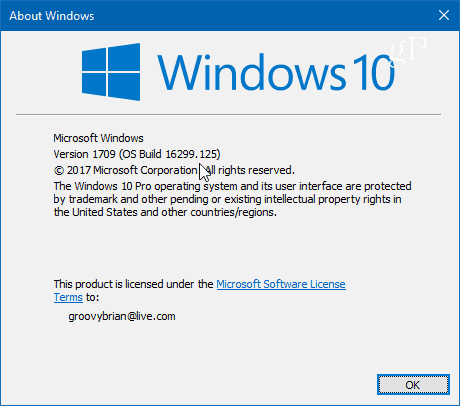 After installing this update on your Windows 10 system, let us know how things are running in the comment section below. Or for more troubleshooting help on all things Microsoft, join our Windows 10 Forums.