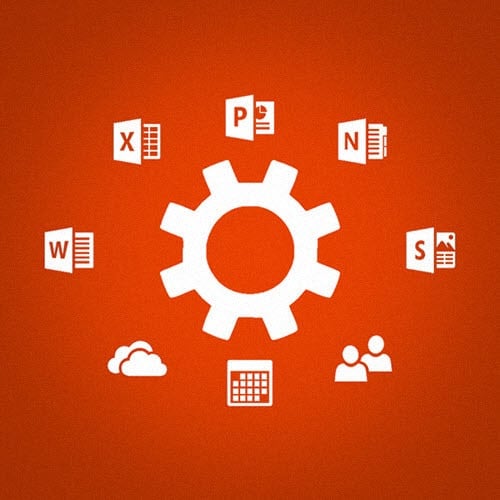 Windows users have been able to run 64 bit releases Office since 2010. While the Mac has fully transitioned to 64-bit computing since the launch of 2009’s Snow Leopard; many apps remain limited to the 32-bit memory address space. Last year, Microsoft launched Office 2016 for Mac; introducing greater feature parity with the Office 2016 release for Windows. A year later, Office for Mac finally sees the release of the first 64-bit revision.

Before users take the plunge and install the 64-bit update, please be aware of the lack of compatibility with third party add-ons. Add-ons themselves are a new feature addition to Office for the Mac. If you depend on a third-party add-on, you should avoid the upgrade for now.

What does this change mean for me?

I develop add-ins or write VBA for Office 2016 for Mac. What do I need to know?

Launch any Office 2016 for Mac application such as Word or Excel, click Help > Check for Updates. If there are any available updates for the Microsoft Auto Update app, install them first. 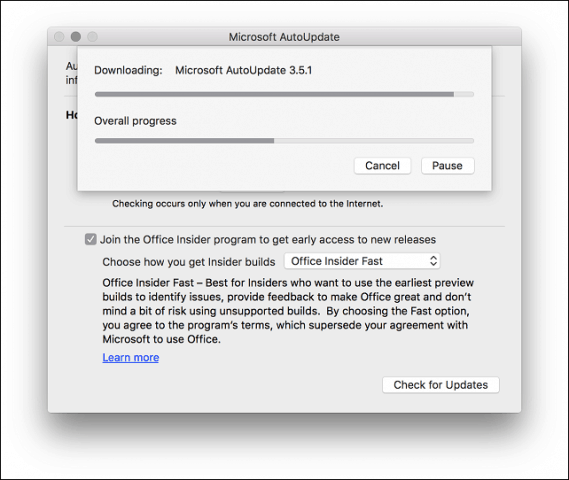 Launch Check for Updates again then check the box to Join the Insider program. Click in the list box, change the setting to Fast, then click Check for Updates. Proceed to download and install the available updates. 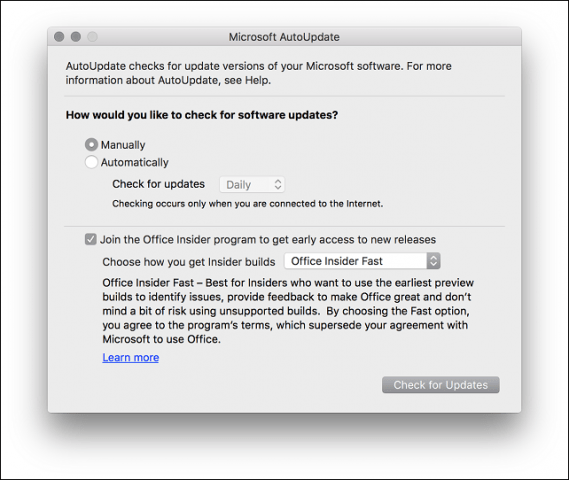 That’s pretty much it. To confirm you are running a 64-bit version of Word or Excel, launch Activity Monitor, right-click in the tabs at the top of the CPU view, then enable the kind field. The app will now show you which processes are 32-bit or 64-bit. 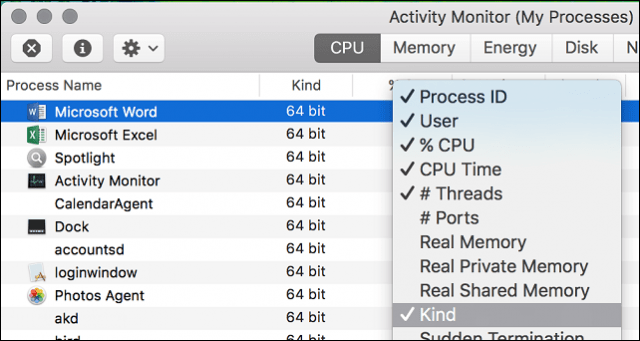 On a side note, Microsoft released a 15.24 update for Office Insiders on the slow ring. The update adds a lot of user facing functionality such as easier ways to share files, manipulate objects, improved drawing tools and tablet support. If you experience problems installing Office updates for Mac, be sure to check out our previous article with instructions how to fix it. To get up to speed with some of the new features, take a look at our other Office guides, such as the new Full-Screen View in Outlook 2016 and keyboard Shortcuts.