Microsoft today rolled out cumulative update KB4058258 for Windows 10 Fall Creators Update (Version 1709). This new update will bump your build up to 16299.214. There are no new features in this update, but it does include bug fixes and security improvements. This is the company’s third update since this month’s Patch Tuesday which introduced issues with patches for the Spectre and Meltdown vulnerabilities. This fixes problems that left AMD devices unbootable. 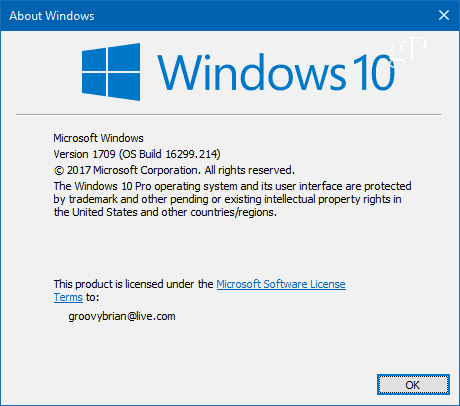 The update includes bug fixes and quality improvements for Fall Creators Update, but no new features, as is usually the case with cumulative updates. Here is a look at what’s included in this latest build. Note that there are a few known issues with this build, too. You can get a full rundown at Microsoft’s Support Page:

You should receive this update over the next few days automatically through Windows Update. But if you want to get on top of things, head to Settings > Update & Security > Windows Update to check for the latest build. You can also download and install it manually from the Microsoft Update Catalog. Keep in mind a restart will be required to complete the update.

After installing today’s update let us know how your PC is running. If you’re having any problems, check out our Windows 10 Forums for additional troubleshooting advice.