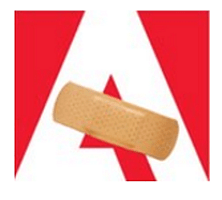 Microsoft today released KB3167685 to patch an Adobe Flash Player critical vulnerability that was discovered earlier this week. It affects Windows 8.1 and up.

Microsoft today released KB3167685 to address an Adobe Flash Player critical vulnerability that was discovered earlier in the week. This patch is critical and applies to Windows 8.1 and higher including Server.

If you have automatic updates turned on or are running Windows 10, you should get this automatically. However, to make sure you’re on top of the situation, you can download it automatically in the other versions of Windows.

This security flaw affects more than just Windows. It includes Macintosh, Linux, and Chrome OS, too. Adobe first released a security advisory about this vulnerability in Adobe Flash Player earlier this week.

To check the version of Flash that’s running on your computer, go to the About Flash Player page. And you can get the latest downloads at the Flash Player Download Center.

These flaws will continue to come (probably at a more rapid pace) until Flash officially dies. So, until then, we leave you with the following advice we always do:

The best option is to uninstall Flash from your system completely and see if you can live without it. Unfortunately, that’s just not realistic for millions of users. A lot of websites and online websites still use Flash in lieu of the more secure HTML5 code base. (more than you would think).

There are ways to help protect yourself against Flash vulnerabilities that go beyond making sure it’s always up-to-date. For more tips on ways to minimize your risk when using Adobe Flash on your Mac or PC, check out our articles linked below.