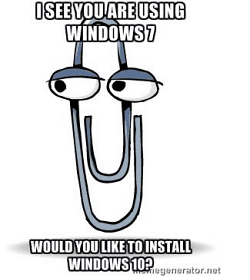 With the recent announcement of the Windows 10 Free Upgrade offer coming to an end on July 29th, so will the annoying Get Windows 10 app notification (GWX).

With the recent announcement of the Windows 10 Free Upgrade offer coming to an end on July 29th, so will the infamous Get Windows 10 app notification (GWX). Microsoft has promised to disable and remove the Get Windows 10 app worldwide starting July 29th. In the next three months, angry users running Windows 7 or Windows 8.1 will no longer have to worry about seeing Windows 10 automatically installed on their PC or during their weather reports.

Microsoft Will Disable Get Windows 10 App

Microsoft started rolling out KB3035583 in late May 2015, which prepped systems for the free upgrade. Users running Windows 7 or Windows 8.1 Update 1 started receiving notifications at the end of July 2015 informing them of its availability. Not all users were happy about the upgrade. Recently, the software firm celebrated Windows 10 reaching a milestone 300 million active installations. 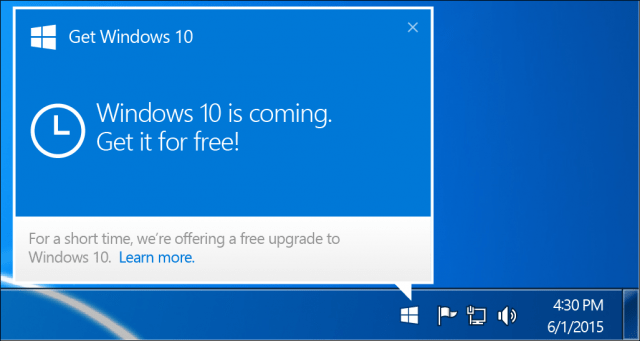 This goal has been met with some resistance, though. Several third-party utilities were developed to stop the Get Windows 10 app from being installed or triggering automatic upgrades. We have covered the two most useful ones: GWX Control Panel and Never 10. Even with those two, the cat and mouse game continues. Microsoft recently released the KB3150513 update for GWX, which solidifies its presence for the time being.

Microsoft has accelerated the push to meet the company’s goal of reaching 1 billion computers running Windows 10 in three years. In early 2016, the Windows 10 Free Upgrade offer became a recommended update in Windows Update. This has become the source of many of the automatic upgrades users have been witnessing. Microsoft is committed to the platform’s future, the next major revision of the flagship operating system will be coming this summer, dubbed the Windows 10 Anniversary Update.

The free upgrade is for computers already running Windows 10 adds fancy new features and functions. Starting August 1st, 2016, if you’re still running Windows 7 or Windows 8.1 and want to upgrade, you’ll have to pay to get it.