There has been a lot of news circulating the Internet saying MS Paint is dead. Well, Microsoft has officially confirmed it will live on.

Over the weekend, Microsoft announced deprecated or removed features in Windows 10 Fall Creators Update. One popular app on the deprecated list is MS Paint. Microsoft Paint has been around since Windows 1.0, and there is a lot of nostalgia for the simple graphics editor among Windows users. On Monday, multiple tech sites were reporting the death of Paint – which isn’t true anyway as it was listed as ‘deprecated’ and could be removed in future releases. But I digress. The bottom line is Paint will continue to live on through the Windows Store. 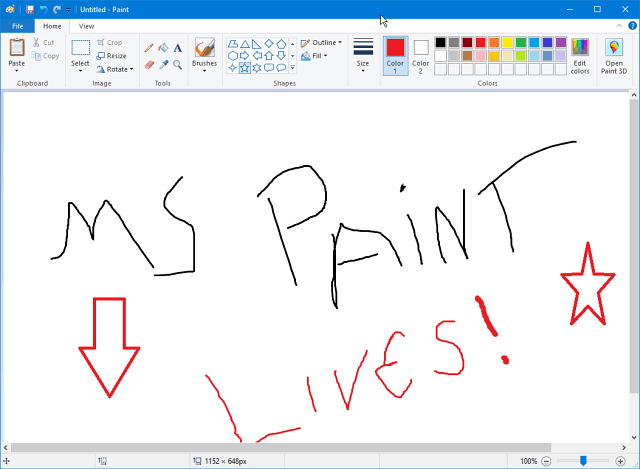 Due to popular demand, Microsoft Paint will live on through the Windows Store.

Today, we’ve seen an incredible outpouring of support and nostalgia around MS Paint. If there’s anything we learned, it’s that after 32 years, MS Paint has a lot of fans. It’s been amazing to see so much love for our trusty old app. Amidst today’s commentary around MS Paint we wanted to take this opportunity to set the record straight, clear up some confusion and share some good news. MS Paint is here to stay, it will just have a new home soon, in the Windows Store where it will be available for free.

However, it is apparent that the company wants you to use its new Paint 3D app (also free), which first shipped with the Creators Update. Megan continues in her post writing, “Many of the MS Paint features people know and love like photo editing, line and curve tools, and 2D creation are in Paint 3D.” 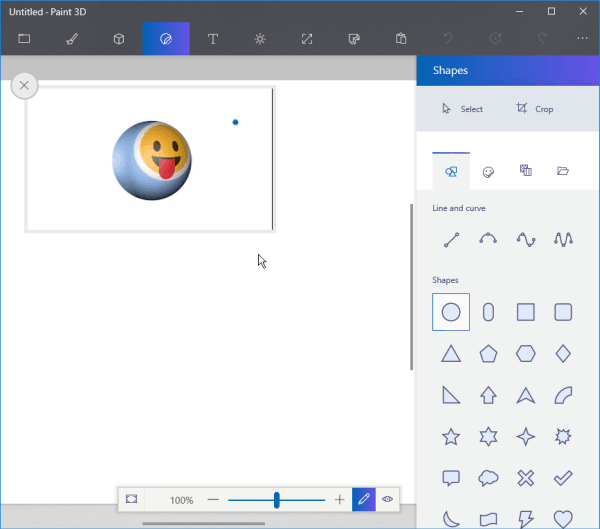 While the original MS Paint app will live on, Microsoft wants you to use its new Paint 3D.

Since it’s a Modern app, it will receive all of the developer team’s attention and get further updates. But if you are used to using MS Paint for simple photo edits and other easy graphics tasks, you can take solace in the fact that the nostalgic program isn’t going anywhere for the foreseeable future. Just don’t expect any new feature updates for it.

Are you an MS Paint user for easy photo edits? Leave a comment below and tell us your stories of using one of the original Windows apps.