Microsoft’s mobile online storage client for iOS got a total rewrite today with new features such as offline scanning, paper scanning and expiring links. Some of these features were previously found in apps such as Microsoft’s own Office Lens scanning app. Now you can conveniently access them from the OneDrive app.

The OneDrive app supports iPhone, iPad and iPod Touch, requiring iOS 9 or later and is quite a big update, coming in around 215 MBs. Users can now choose files they want to keep offline. You can edit offline files, but it will not modify the online version of the same file. Offline is also supported in SharePoint, Microsoft’s enterprise content management platform. 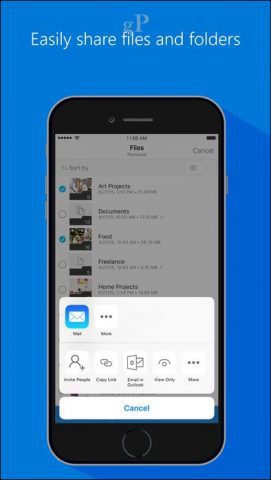 Scanning is also a new feature in OneDrive for iOS–users can capture physical documents and save them as single page PDFs. Options are also available to crop, rotate, or delete scanned pages. Microsoft says this should give users enough reasons to get rid of their old flatbed scanners. I don’t think I will be doing that anytime soon.

Sharing and discovery also get some love. OneDrive for iOS now lets you temporarily share a file with someone; so, if you need to collaborate on a sensitive document without permanently giving them full access, you can now give them access for a set period of time. Temporary links are also great for sharing photo collections. If you use OneDrive at home and work, a new Personalized View in the Share tab under Discover provides suggestions for content you might find relevant. 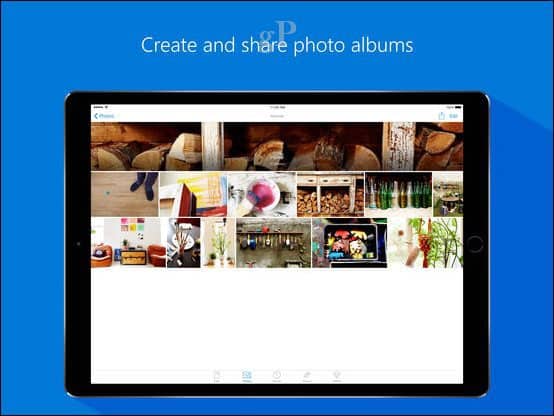 Microsoft says it will be rolling out the new features over the next few days, so you might want to wait a bit before checking the App Store for updates. This new release also coincides with the 10th anniversary of OneDrive’s release. The app was originally called SkyDrive before it was renamed due to a conflict with another brand using the name. These new features are subtle but welcome changes.

Tell us what you think: Are you a fan of OneDrive or prefer other services such as Google Drive or Dropbox?