Windows Mobile Insiders will be happy. On Friday the company announced it’s rolling out the latest build of Window Mobile, build 10166 which addresses several bugs.

Windows Mobile Insiders will be happy to know they have a bit of tech to play with over the weekend. On Friday, the company announced it’s rolling out the latest build of Window Mobile, build 10166.

On the Blogging Windows site, Gabe Aul, the one in charge of the Insider program, made the announcement about this latest build.

According to Gabe, “There are lots of of small changes and feature tweaks in this build, but our major focus over the past few builds on mobile has been about improvements to core quality.”

He also said that most of the issues that users of build 10149 experienced have been fixed.

Gabe went on to say: “We also fixed the issue where the post-upgrade migration status screen was missing, which made the Lock screen appear frozen without the date and time for up to 10 minutes. The post-upgrade migration status screen should appear normally now. We also fixed the issue where you were unable to unlock your phone after entering your PIN and it keeps letting you type even though you entered your pin correctly that was caused by a TPM issue. The colors in apps should now appear correctly including in including the title bar in the Outlook Mail app which is no longer orange.” — For that last one, I would say several users are happy about that. 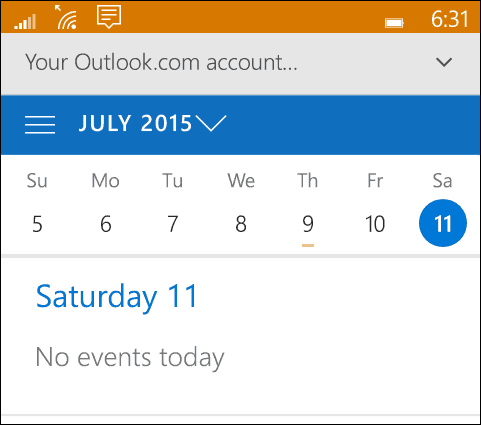 Obviously getting Windows 10 for PCs done is Microsoft’s most important priority, and while I was gone on vacation, I noticed build 10166 waiting for me on my PCs.

Like we said in a previous post, the launch of Windows 10 for PCs is quickly approaching, and any new builds for it now will include security and bug fixes.

Since Windows 10 mobile won’t be released until later this year, one would assume there could be a healthy amount of news coming our way.