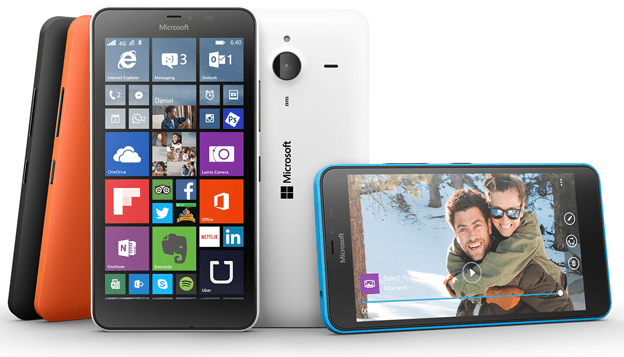 Microsoft this week introduced a couple of new affordable budget Lumia phones. The Lumia 640 and 640 XL. These phones will be replacing last year’s Lumia 635 and 630.

Microsoft this week introduced a couple of new affordable budget Lumia phones at Mobile World Congress in Barcelona. The two models are the Lumia 640 and Lumia 640 XL. These phones will effectively be replacing last year’s Lumia 635 and 630.

This one is similar the 640 but adds the benefit of a larger screen and and higher quality front and rear camera. While it does have a larger screen, you need to remember this is the budget phone, and even the XL only provides 720p viewing – not 1080p. Also the cameras are don’t have the advantage of the company’s PureView technology as is available on high-end phones.

It’s also worth noting that each phone comes with a one year subscription to Office 360 Personal. These two models won’t be as cheap as their predecessor’s, which both sold for $99 on AT&T and $129 on T-mobile.

For those of you waiting for a new high-end flagship Windows Phone, you’ll need to wait a while. It sounds like there will be new high-end phones like the Lumia 930 or Icon, but the company is waiting until Windows 10 is done and released before announcing them.

I’m currently using the Lumia 635 and owned the Lumia 520 before that. The 635 is well built for what it is, and Windows 10 for phones runs fast and easy on it.

Another cool thing about these budget phones is you can get into the Windows Phone ecosystem on the cheap. Currently you can pick up a 635 for less that $50, and with no contract, you can just use it as a media player and see what Windows Phone is all about.

I recently wrote an article that explains why you might want to get one: Want to Test Windows 10 for Phones? Get a Lumia 635 for $49

Both of these new Lumia phones will be offered on T-mobile and AT&T off-contract and the XL will start shipping later this month, while the 640 starts rolling out in April.