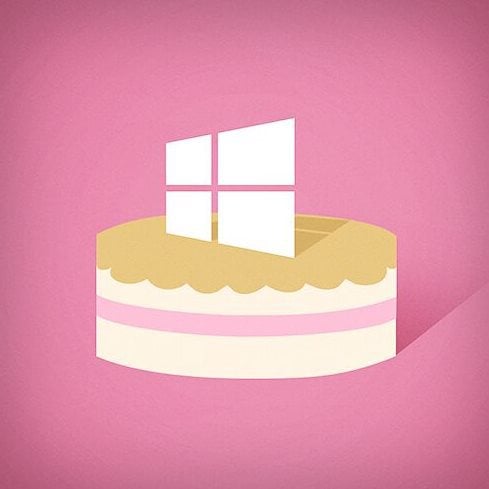 After yesterday’s premature announcement, Microsoft made it official, the next revision of Windows 10 dubbed Anniversary Update is coming August 2nd.

After yesterday’s premature announcement, Microsoft made it official this morning, the next revision of Windows 10 called the Anniversary Update is coming August 2nd. The latest revision follows Windows 10 1507 launched at the end of July 2015 and the November Update released in early November 2015. The Anniversary Update features a lot of fit and finish, with broad improvements in inking and enterprise enhancements for IT Professionals.

Microsoft is pivoting the traditional desktop operating system as a service, by delivering regular updates every six months. The Anniversary Update includes improvements to apps such as Microsoft Edge, the next generation browser now supports extensions. Users can install add-ons that enhance the web browser with third-party functionality such as password managers and language translators.

We are committed to delivering continuous innovation to you: including features that bring Windows Ink and Cortana to the mainstream; a faster, more accessible and more power-efficient Microsoft Edge browser; advanced security features for consumers and enterprises; new gaming experiences and new tools for the modern classroom. Everyone running Windows 10 will get these new features for free. Source

Over the past six months, we have been covering many of the new exciting features coming in the Windows 10 Anniversary Update — currently on Build 14376. For developers and IT Professionals working open source technologies, version 1607 will make it easier to write and run Linux tools and apps using the new Windows Subsystem for Linux. The update also expands on its inking features with a new Windows Ink Workspace and Cortana support for Microsoft Office. Users can create written reminders with date and time in the Notes app, which you can then add to Cortana.

Microsoft is on schedule to end the free upgrade offer for users running Windows 7 or Windows 8 at the end of July. It’s worth noting that there are currently 350 million users running Windows 10, and everyone running it before the 29th get the Anniversary Update for free. Many users were expecting to get the Windows 10 Anniversary Update before July 29. If you are excited about the Windows 10 update, and you have not upgraded to Windows 10 at all, now is the time to do so.