Microsoft is officially announcing the Windows 10 21H1 feature update. It is rolling out now to seekers in the Insider Beta Channel.

Microsoft this week is formally announcing Windows 10 version 21H1 feature update. The first preview version is rolling out now to Insiders in the Beta Channel. This is the next version of Windows 10 that will be released later this Spring.

Microsoft put out a blog post to officially announce the new version of the OS on Wednesday. In the announcement, John Cable, Vice President, Program Management, Windows Servicing and Delivery writes:

Today, we are introducing the next feature update to Windows 10, version 21H1. As people continue to rely on Windows more than ever to work, learn and have fun, we understand the importance of providing the best possible update experience to help people and organizations stay protected and productive. It is a responsibility we do not take lightly and why for the first time an H1 (first half of the calendar year) feature update release will be delivered in an optimized way using servicing technology, while continuing our semi-annual feature update cadence.

It’s worth noting that this isn’t going to be a major update with tons of new features. Most of the big new features are being saved for a more significant update with version 21H2. John Cable continues: “Windows 10, version 21H1 will have a scoped set of features improving security, remote access and quality. The features we are releasing in this update are focused on the core experiences that customers have told us they’re relying on most right now. So, we optimized this release to support our customers’ most pressing needs.” 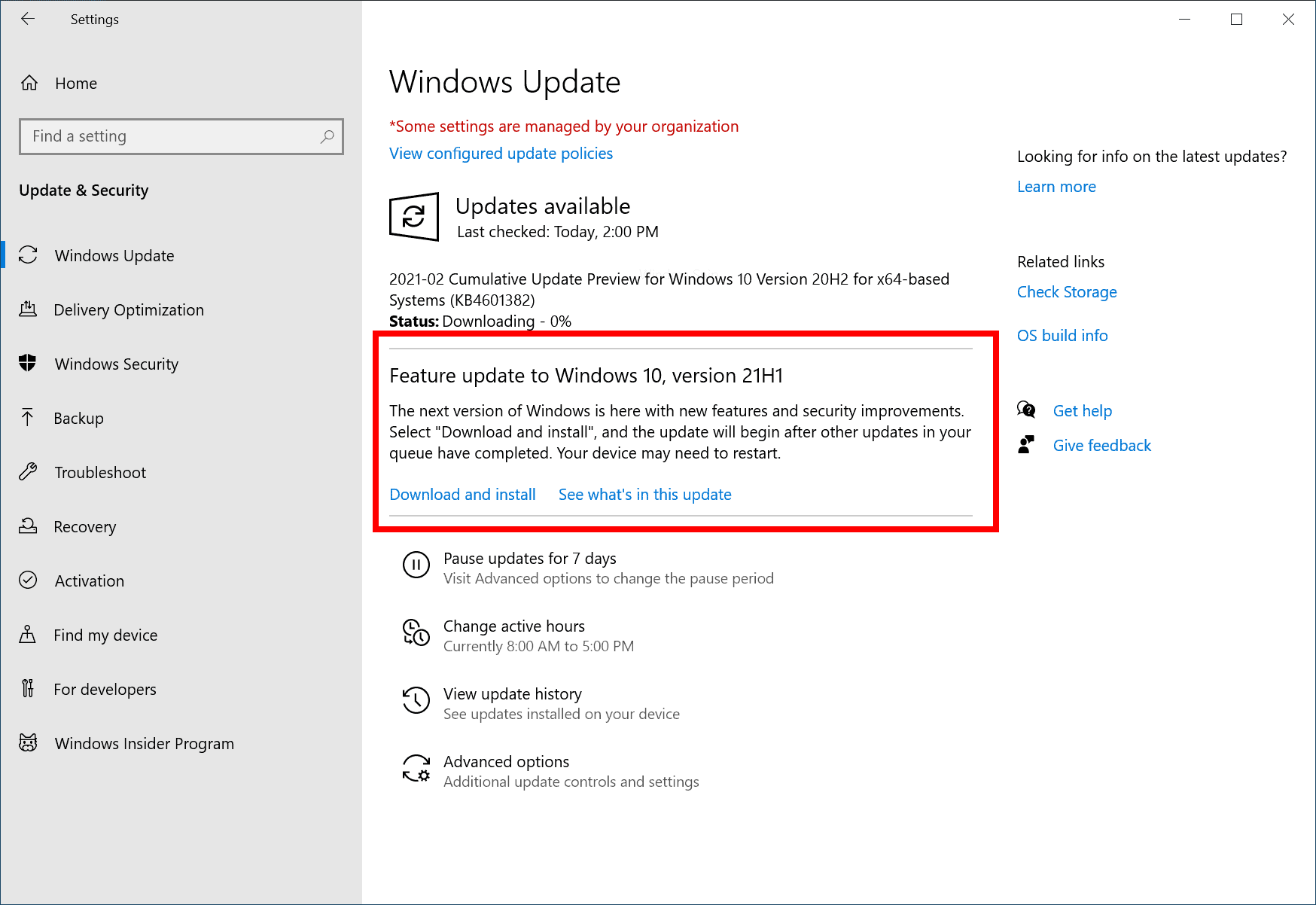 The first 21H1 preview version (build 19043.844) being released to so-called “seekers” (actually going to Start > Settings > Update & Security > Windows Update) in the Beta Channel of the Insider program should expect the following in the build:

Regular non-Insiders should expect the official 21H1 build to be released this Spring. Similar to other major updates, it will be rolled out gradually. We’ll have more on this (including how to update) as broad deployment begins.