Microsoft is aggressively pushing customers to Office 365 subscriptions by changing its support requirements in October 2020.

The future of Microsoft Office is subscriptions. That sums up what the company confirmed recently in a blog post notifying users about its plans to wind down support for standalone versions of Office aka perpetual licenses; which want to connect to its Office 365 cloud services. That means versions such as Office 2010, 2013, and 2016 will no longer be able to access Office 365 (Now, Microsoft 365) cloud services such as Exchange Online, Sharepoint Online, OneDrive for Business, or Skype for Business by October 2020.

The company is not ending the development of perpetual versions of the suite, but users will need to move to the latest versions in order to access all of Microsoft’s Office 365 cloud services. For example, Office 2016 which was launched in September 2015 will have its mainstream support end in 2020. So, if you don’t cut over to a Microsoft Office subscription by then, it will no longer be supported to connect to Microsoft’s cloud services.

Microsoft Winding Down Support for Perpetual Versions of Office

One of the key benefits of Office 365 versus Office 2016 is the ongoing delivery of new features and functionality. Office 2016 Professional Plus has pretty much stood still since its 2015 release, receiving only security updates. Office 365, on the other hand, has received numerous improvements and features such as improved collaboration, business intelligence enhancements in Excel, and Motion Path in PowerPoint. For many users, the standalone suite remains attractive, especially for organizations that need control over access to features in the suite. Here is what Microsoft’s Ron Markezich had to say about the changes ahead.

When customers connect to Office 365 with a legacy version of Office, they’re not enjoying all that the service has to offer. The IT benefits—particularly security—are cut short. And the end user experience in the apps is limited to the features shipped at a point in time. To ensure that customers are getting the most out of their Office 365 subscription, we are updating our system requirements. 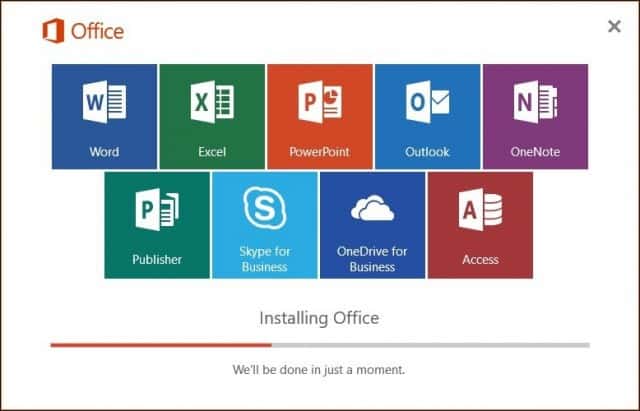 Users can read further details about the changes at the company’s Tech Community website. Microsoft is slowly nudging users to move to Office 365, which actually offers greater value in the long run by being cheaper upfront, plus it’s continually updated with new features and flexible deployment options. Three years is ample notice, especially for versions such as Office 2010, which would have been expected to stop receiving support by 2020.

The dream of Office as service goes back as far as Office 2003 when Microsoft had originally planned to offer its suite as a subscription, but the market wasn’t ready. Office 365, first launched in 2011 has evolved over the years to become a consistent revenue generator for the software firm. The rest of the industry has followed suit, brands such as AutoDesk, Adobe, and Intuit have also moved their business models to subscriptions.