Microsoft showed off some upcoming features for its new Edge browser in Windows 10, which include better Cortana integration and extension support.

Currently there isn’t a whole lot of new features available in Edge other than what we showed you in our Project Spartan visual tour. But that is about to change according to the developers at this week’s Microsoft Edge Web Summit. 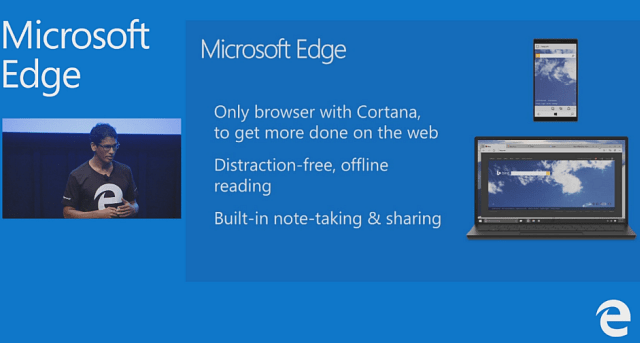 Some of the new upcoming features announced during the presentation are support for browser extensions like Pinterest, Skype, and Reddit. More Cortana scenarios where the address bar auto-suggest information from its “ask Cortana” such as weather, sports, and more. Also included will be Object RTC and Pointer lock features. 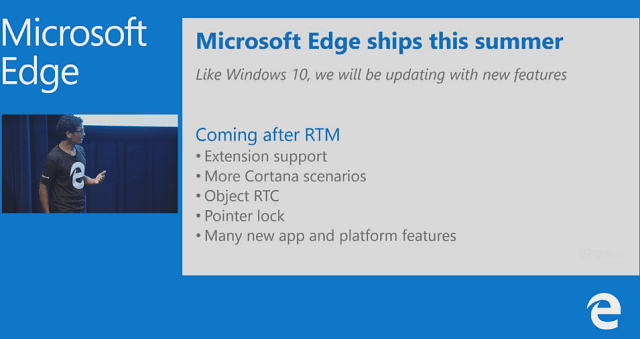 The Edge browser will ship with Windows 10 later this summer, but not all of the announced features will be available right away. Just like the Windows 10 OS, Edge will continue to get updates and the new features after the RTM version is released.

It’s also worth noting that during a Q&A session, the dev team said Edge will have the ability to sync passwords, history, tabs, and bookmarks in a future update. However, they didn’t say exactly when those capabilities will become available.

You can see some of the extensions and other new features demoed in the presentation from this video on Channel 9.