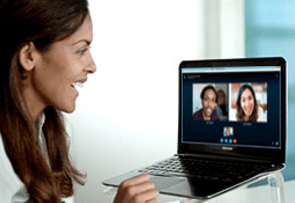 Slack is an awesome team collaboration tool that continues to grow in popularity. Now Microsoft is trying to create a competitor built on top of Skype.

A few years ago, I never knew what Slack was, today, we use it as a critical part of our workflow to brainstorm amongst the Groovypost team. Whether it’s coming up with article ideas or collaborating on articles. Many large and small businesses are integrating Slack into their communication infrastructure, replacing established groupware products such as Exchange for email and Skype for video. Slack’s appeal is it’s easy to use, setup, and there is no upfront investment to deploy especially for start-up; It’s all done from the cloud. All you need to do is have an account.

Slack works in a web browser and on mobile platforms such as Android and iOS. There is even a desktop client for Windows and MacOS. Microsoft, whose 2011 purchase of well-known communications app Skype, has been struggling to maintain its relevance in an era where users switch platforms and services without regret. The company has tried to keep mindshare by bringing the popularity of the Skype brand to enterprise products such as Skype for Business formerly called Lync and previously introduced in 2003 as Office Communication Server.

So far, it seems, the Skype brand is not winning the battle against newcomers like Slack; forcing Microsoft to consider building a competitor that offers an equivalent feature set. Recent leaks have escaped out of Redmond; showing mock-ups of a new team collaboration app using the Skype brand called Skype Teams. The app features nearly the main functionality you would find in Slack, such as channels, private messaging, and file sharing.

The app uses a conversational layout for communications, making it easy for users to participate in conversations and add replies. Because the app will be building on the video foundation of Skype, users can expect easily start video calls in messages and private channels too. 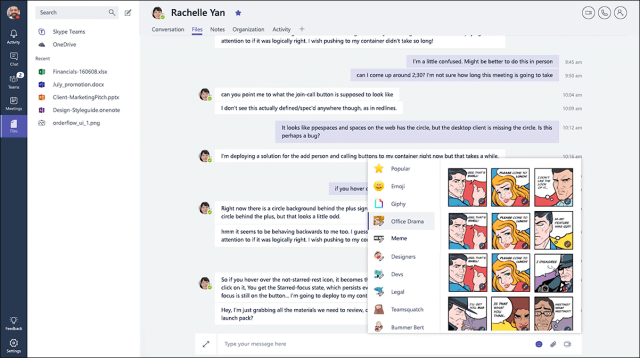 Microsoft has been a long time player in team communications, from its early years with SharePoint, which has grown into one of the company’s billion-dollar businesses. The company has witnessed the industry change rapidly, forcing the company over the past five years to buy its way into this hot market. Yammer, the company’s Facebook for a business social network is one example; still in active development, but has matured from its start-up roots to being more business focused. It’s not known whether this application can catch up with Slack, which is becoming dominant for communication.

Microsoft seems to have put the brakes on its buying spree a bit, especially after its surprising acquisition of business social network, LinkedIn. Rumors going around say, Chairman and founder, Bill Gates and CEO Satya Nadella, insisted on using available resources and talent to build instead of buying their way into the market this time. Looks like this going to tough one to beat.

For more tips, tricks, and news check out our archive of Slack articles.