The latest Mars rover, Curiosity, is set to land on the red planet this weekend. Microsoft is teaming up with NASA TV and will stream the event live to your Xbox 360. Its also providing a free game to test your skills landing the rover via Kinect.

The latest Mars rover, Curiosity, is set to land on the red planet this weekend. Microsoft is teaming up with NASA TV and will stream the event from Mission Control at the Jet Propulsion Laboratory live on your Xbox 360. There’s also a free Mars Rover Kinect game you can download and more.

Just fire up your console and you’ll see the Countdown to Mars tile under the Home section on the dashboard. 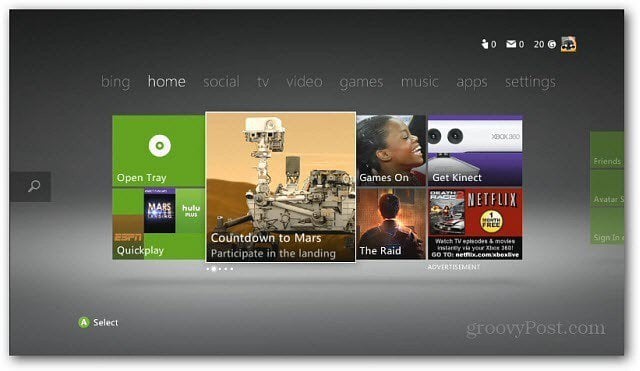 Under Highlights you have several groovy options available including the free Kinect game, quiz, slideshow and videos. 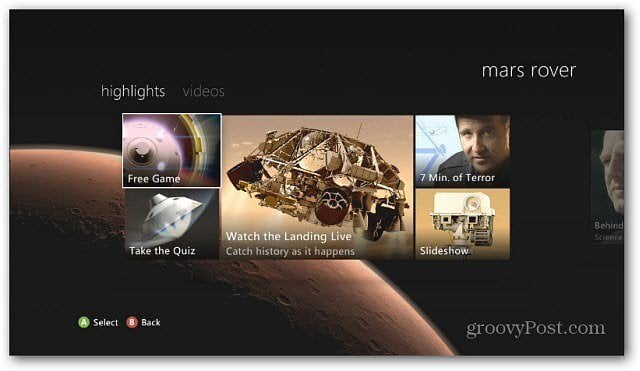 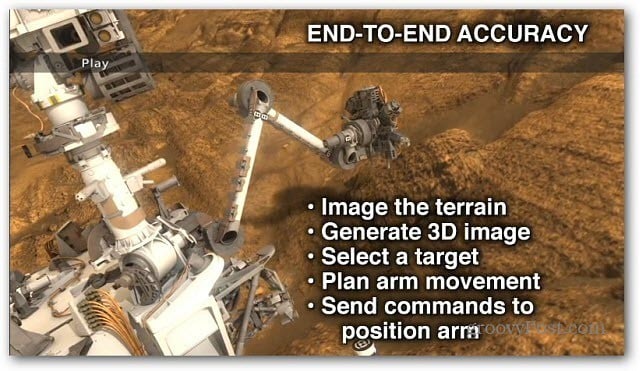 The coverage will begin on Sunday night at 8:30 PT / 11:30 ET. Right now, if you go into the live section, you’ll see the countdown and an awesome video of how NASA is landing the Rover. 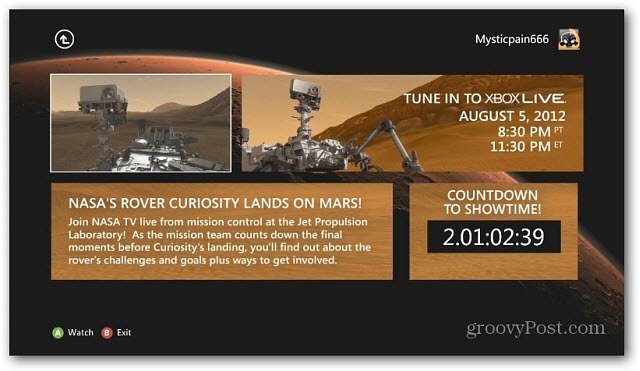 According to a blog post by Xbox Live’s Major Nelson:

You’ll be able to join NASA TV live from Mission control at the JPL during the final moments before landing. Don’t forget that while you are waiting for the big moment you can play the free Kinect Mars Rover simulator available for download and get a few achievements and Gamerscore.

The free Mars Rover Landing game lets you test your skills as you try to safely land the Mars Rover on its landing site. To play the game, you’ll need to have an Xbox Kinect. It won’t work with a controller.

You start by entering the atmosphere of Mars, deploy the parachute and navigate the rover to the landing zone. 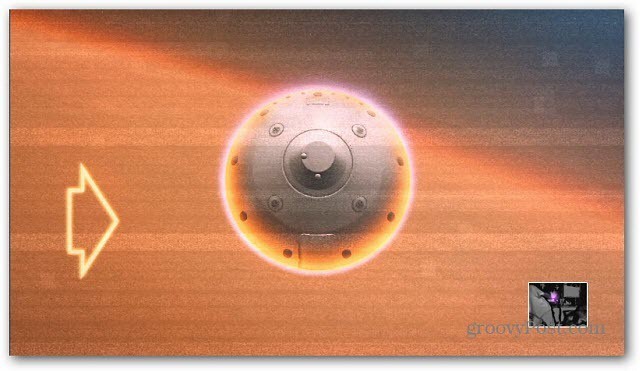 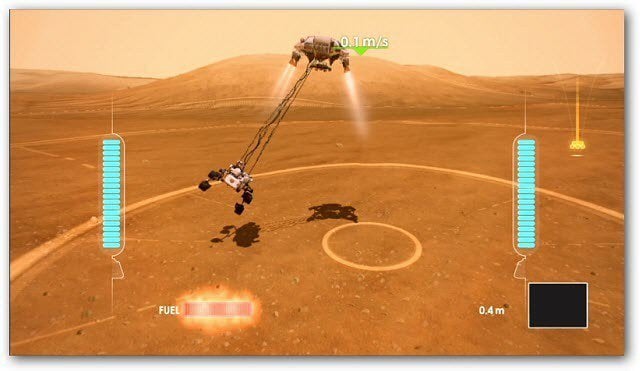 If you’re a hard core space geek or just curious about “Curiosity” … there’s plenty here to keep you busy, learn a thing or two and have a lot of fun this weekend!