Apple announced on Thursday the next version of Mac OS X, called Mountain Lion. It includes new features that are a lot more like iOS than ever before. Here’s a a look at what it will offer. 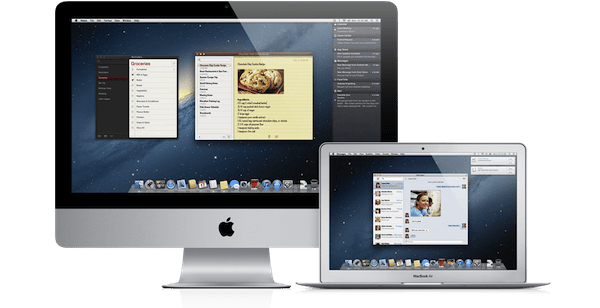 Mac OS Mountain Lion has over a hundred new features, Apple says, but the most significant are the influences from iOS. For example, it will include Notification Center, which works in much the same way that Growl does now. It also will have system-wide Twitter integration, Game Center, and AirPlay mirroring so you can wirelessly put your desktop screen on Apple TV.

Mountain Lion also will have individual apps for Notes and Reminders. Currently in Lion, the only way to see or edit notes is within mail, and Reminders could only be accessed through iCal — And that view wasn’t even enabled by default either. The new apps look exactly as they do for iOS, except they will be optimized for the desktop.

iChat is undergoing a big transformation — it will be replaced by iMessages. This doesn’t mean it will lose any of iChat’s core functionality, however. In addition to handling AIM, Jabber, and gTalk accounts, it will also be capable of sending iMessages to other iPhone or iPad users.

Mountain Lion’s iCloud support will be improved as well. Documents created with iWork will sync automatically with Documents in the Cloud. Currently users must manually upload and download their documents from the iCloud website to actually use this service. This is a bit of a disappointment, as this is a feature that should have been part of Lion from the beginning.

There are a couple of completely new features coming in Mountain Lion as well. Share Sheets will allow for quick and convenient sharing of notes, links, photos and videos. You’ll be able to share from Safari, Notes, Reminders, Photo Booth and iPhoto to friends and various social networks.

Apple is stepping up its security with a new feature called Gatekeeper. This will help prevent malicious software from being installed. There will be three settings for Gatekeeper — Allow only installations from the Mac App Store, Mac App Store and Identified Developers, or from anywhere.

Mac OS X Mountain Lion looks like it will provide much needed unification between Apple’s desktop and mobile devices. It’s great to see that a lot of the inconsistencies that currently exist are being corrected in the next version of Mac OS X Lion. Now let’s just hope that it performs better than the current sluggish operating system.

Mountain Lion will be available sometime this summer in the Mac App Store, and the preview is available now for developers. If you’re not a developer, but still itching to try one of these new features, Apple did make one available as a beta download to try out today — Messages for Mac. You will need to be running OS X Lion 10.7.3 to run the Messages beta.