Here’s the liveBLOG from the Amazon Kindle Press Conference

TWiT’s Tom Merritt and Leo Laporte just announced “welcome to the Amazon” a minute before things kick off here at the SF announcement. Looks like Bloomberg got exclusive or blew NDA. Earlier this morning, Bloomberg ran a piece that blew the announcement wide open. Jeff Bezos just went on stage — we’ll see in a minute if Bloomberg was on the money. 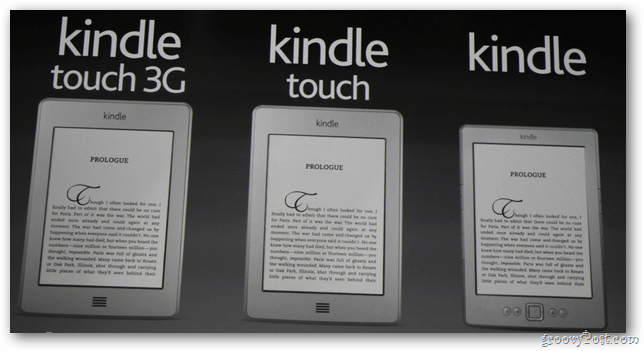 Right now, Bezos and crew are still doing the preamble on the Kindle device in general — how affordable — they’re showing now the lowest end Kindle Tablet. It’s got a touch screen.

Bezos talks about another new feature: XRay the bones of the book. 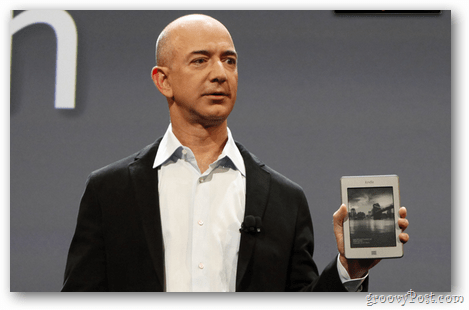 So far execs only have announced what looks like “half a Kindle” with touch screen, ability to annotate books and share them via, presumptively, Whispersync.

Special deals for cheap wi-fi Kindle Fire tablet $79, that uses e-ink. The mid-range one is $149 with 3G. Now they are talking about what we assume is the movie streaming tablet code-named Hollywood.There’s 11,000 movies and TV shows, available, via Prime. Does this make this device essentially a US advice. Email me at Brian@groovyPost.com.

These are loss leaders – “all of your data will be on the cloud,” they say. As we predicted, they asked themselves if they could bring “all these (amazon features) we offer together?” The result is the Kindle Fire line. 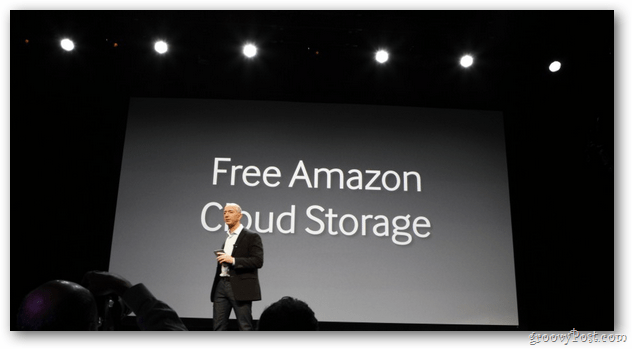 Ultra wide display, just under a pound, access to Android bookstore, deals with every publisher, it looks in fact like the RIM BlackBerry Playbook. Interesting. Pics to come. Movies will sync from TV to tablet and back again, extending Whispersync to music video.

This basically is a color Playbook like device, color, talking this high end video-streaming. If you buy it from Amazon, one-touch buying for anyone who’s ever bought anything off Amazon.

7:39 AM Jeff Bezos on CNBC right now, Gorilla Glass display. Smart. Unclear how easily accessible its Android is. It’s made by Quanta, a re-designed UI. Bill of materials is supposedly $189, so they are charging just a bit over. Not trying to make money.

They are pitching a video that shows how holiday shoppers — with prices so low — can buy one or more as gifts. We were right they’d lead with price, we see. 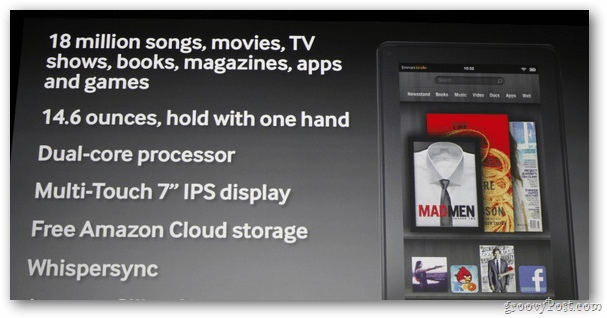 Features — multitasking on the 3G device…More to come soon! Groovy!