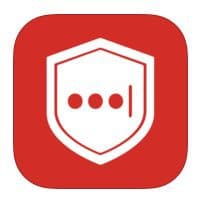 One of the most anticipated extensions we’ve been waiting for is the password management tool, LastPass. It was working this weekend, but not currently.

When Microsoft first released Windows 10, one of its new features was the new Microsoft Edge browser. However, until recently, extension support wasn’t available and that caused most users to set Google Chrome or Firefox as the default browser instead.

It’s worth mentioning that while LastPass was available for Windows 10 Preview Build 14352 on Friday, today, the requirements have changed. 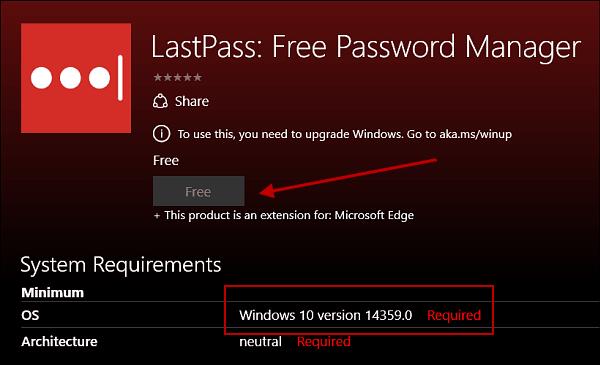 One of the most anticipated extensions we’ve been waiting for is the password management tool, LastPass. And another favorite and essential extension (for me anyway) is Pocket.

At the time of this writing, extensions only work with the Windows 10 preview version of the Anniversary Update, which currently is on Build 14352 when released on Friday. However, if you look at the extension in the Windows Store today, it says that Build 14359 is required (which isn’t even out yet for Insiders).

If you grabbed the extension while still available with Build 14352, it should still be working, sans a few bugs. But if not, it looks like we’ll have to wait a bit.

This isn’t surprising, the next major update for Windows 10 and support for Microsoft Edge extensions are in a preview or “beta” stage.

The great news here is that it LastPass be ready for the final Anniversary Update release coming to the public this summer.

We’ll be continuing to monitor this story, and when there is a fully working version, we’ll have a full guide.

If you’re an Insider and have been using LastPass on Edge, leave a comment below and let us know how things are looking.

Check Out LastPass in the Microsoft Store