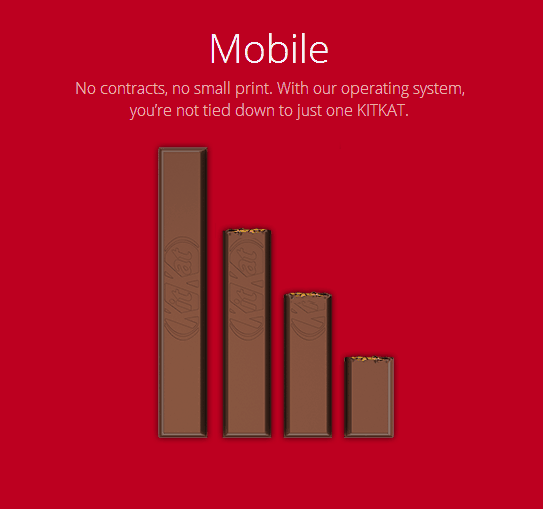 Google took Android fans by surprise after assigning its latest operating system-version the name of a popular candy bar. Is this an attempt to pull sweet-toothed geeks over to Android? 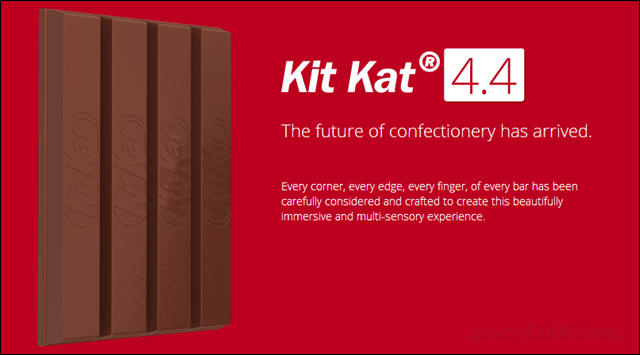 Nobody saw this coming, and Google made sure of it. The latest version of Android is not going to be called Key Lime Pie after all. In a surprise move Google just released news that the latest version is called KitKat. Not only is this a surprise because Google had codenamed Android 4.4 after the name of a pie, but it KitKat itself is a registered trademark owned by the Nestle corporation.

So how did Google get around using a known brand of candy as a version name for Android? It didn’t! All the way back in February Google contacted Nestle and held a secret meeting to scratch out a mutual agreement. According to the BBC interview “this is not a money-changing-hands kind of deal,” rather it is a marketing partnership.  Nestle has put into production an entire revamped KitKat website and will package and sell 50 million candy bars featuring the green Android mascot. The production and plans for this branding decision were kept ultra-confidential, even among Google employees. Google even went as far as to continue spreading the Key Lime Pie codename as a disinformation tactic to prevent the naming surprise from being spoiled. 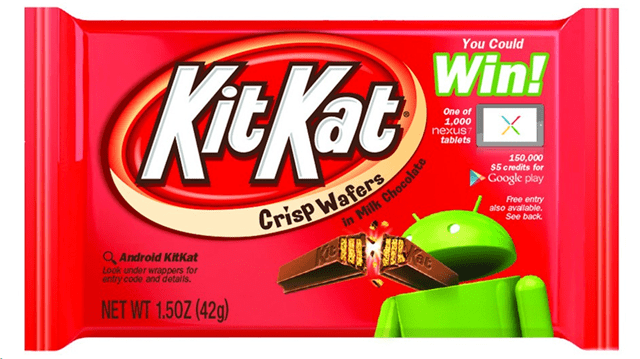 So, what’s new in Android 4.4? Nobody knows. This is the biggest marketing push Google has ever done on any version of Android and it has yet to release any information about the operating system itself. It his a classic move from Apple 1984 style marketing where the message and appearance takes precedence over the product? KitKat doesn’t seem to think so as it is making  full use of the novelty to market its candy bar to tech geeks everywhere. After watching the videos and looking at the website, I know more about the candy bar than I ever wanted to. But there’s still nothing to be learned about what features Android 4.4 will be bringing to the table.

One surprise we got from the unveiling video (where Google put the KitKat statue up outside of its corporate offices) was a possible sneak peak at what the Nexus 5 will look like. Google employees frequently receive handsets and tablets months in advance of public release and it looks like the new Nexus 5 is no exception.