Previously Myspace was filled with annoying animated Gifs, atrocious user hacked HTML code and tons of SPAM. It’s back with a new design and features..

MySpace, the popular social networking site before Facebook and Twitter took over, is being re-launched with the help of pop star and investor Justin Timberlake. The makeover is being touted as a complete redesign from scratch, and you can sign up now to get access to the revamped service.

Toward the end of Myspace’s social networking reign years ago, it was the “go-to” site for musicians to create a quick page to promote their music and promote gigs. Even after being lost in the shadow of Facebook, it has remained popular among musicians. True to those roots, it will continue to that trend and connect artists with their fans. 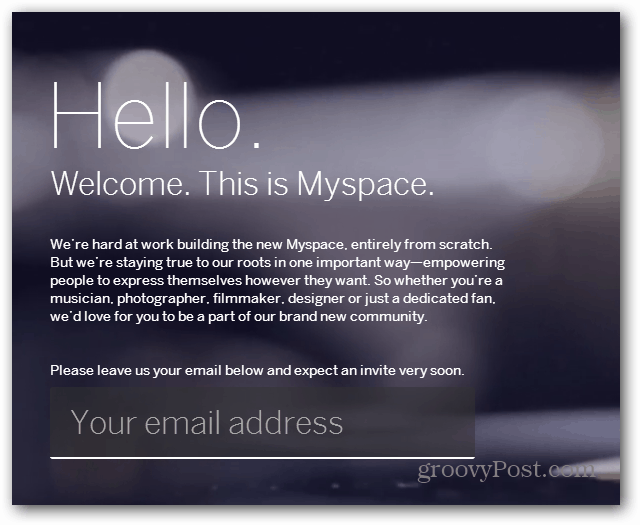 If you remember, Myspace was filled with tons of annoying animated Gifs, atrocious user-designed HTML code, and enormous amounts of SPAM. The new service looks modern and more sophisticated than it was before. It seems to have borrowed many design characteristics of the new Windows 8 (Metro) interface. But it’s still going to be a desktop web app, with no mention of anything on the mobile front. Is the new design, being backed by Justin Timberlake and improved artist promotion tools enough to revive it? Do we really need another social networking and music discovery site? Whether this strategy will work or not remains to be seen.