THE CREATOR of a controversial iPhone app, Jew or Not Jew, has withdrawn his program from Apple App stores worldwide.

The app let users consult a database of celebrities and public figures to see if they are Jewish or not. In his description of 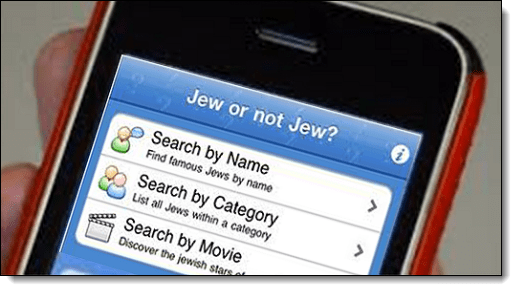 the French version of the app, its inventor, Johann Levy boasted, “Listed for you, thousands of Jewish personalities (through their mother), half-Jewish (through their father), or converts.”

The app had sold for a few euro cents in France, but Apple in September removed it from its French online App Store after anti-racism groups initially complained about it.

The plaintiffs – SOS Racisme, MRAP, the Union of Jewish Students of France, the Movement Against Racism and for Friendship Between People, and a group called J’accuse – claimed the app violated France’s strict laws that ban compiling persons personal details without their consent.

Under the French penal code, stocking personal details including race, sexuality, political leanings or religious affiliation is punishable by five▴year prison sentences and fines of up to €300,000 ($411,000).

Such laws were enacted in the decades following the Holocaust, which saw some 76,000 Jews deported from Nazi-occupied France to concentration camps. Fewer than 3,000 returned alive. 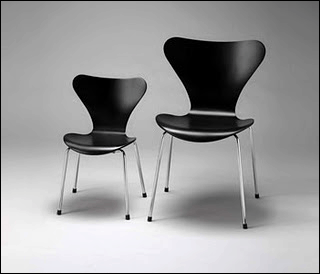 Are these Model 3107 Jacobson chairs Jewish? It’s one of the question posed by the Web site modeled on the Jew or Not a Jew iPhone app.

On October 18 Apple withdrew the app from all its online stores in Europe, but the app, listing 3,500 Jewish personalities, was still available elsewhere in the world.

An attorney for Apple, Catherine Muyl, said at a hearing in November that this is not a discrimination case.

“Where is the anti-Semitism in this case?” Muyl asked.

When Levy conceived the app, he was afraid it might be seen as pro-Jewish, Muyl said.
But until Thursday the app continued to be sold at Apple stores for $199 outside Europe, including Apple App Stores in the U.S.

In an interview in Le Parisien in September, Levy said he intended the app to be recreational.

“As a Jew myself I know that in our community we often ask whether a such-and-such celebrity is Jewish or not,” Levy was quoted.

A quick check today found at least one site that continues the Jewish guessing game.

Jewornotjew.com speculates about the Jewishness of entertainers, writers, politicians, historical figures, and even cartoon characters. 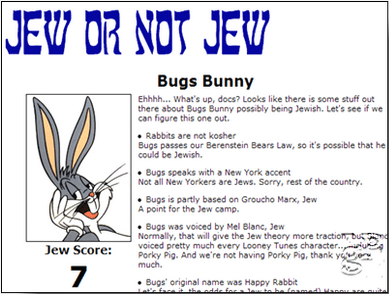 What’s Jewish, Doc? A carrot-in-cheek discussion of how Jewish is Bugs Bunny.

Is Bugs Bunny Jewish? The site balances on one side the facts that Bugs is based partially on Grouch Marx and has a New York accent. On the other side are the arguments that rabbits are not kosher, and Bugs original name was Happy. ( Let’s face it, the odds for a Jew to be named Happy are quite low. The site concludes Bugs is goyim not a Jew.

The site has also spawned a Facebook site and Jew or Not Jew Unplugged, a blog where others can add to the speculation, such as whether Model 3107 Jacobsen chairs are Jewish. Or not.

There are a couple of legitimate ways to look at this. You can, as the French groups did, see Jew or Not Jew as the same type of intelligence gathering conducted by the Nazis. Or you can think of the app and the Web sites similar to it as sources of cultural pride for Jews.