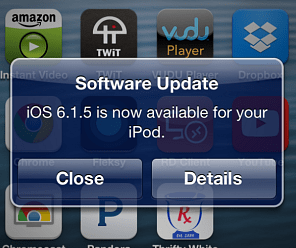 Apple recently released an update for iPod touch 4th generation devices to fix a FaceTime bug. A fix for iOS 7 FaceTime users has also been released.

While I wait for my new iPad Mini with Retina to arrive, I fired up my old iPod touch and found there was an update for iOS 6 to version 6.1.5. This update fixes an issue that causes FaceTime calls to fail for some users as well as some security updates. According to the Apple update site, the 6.1.5 update is for iPod touch 4th gens only.

Fixes an issue that causes FaceTime calls to fail for some users on iPod touch (4th generation). 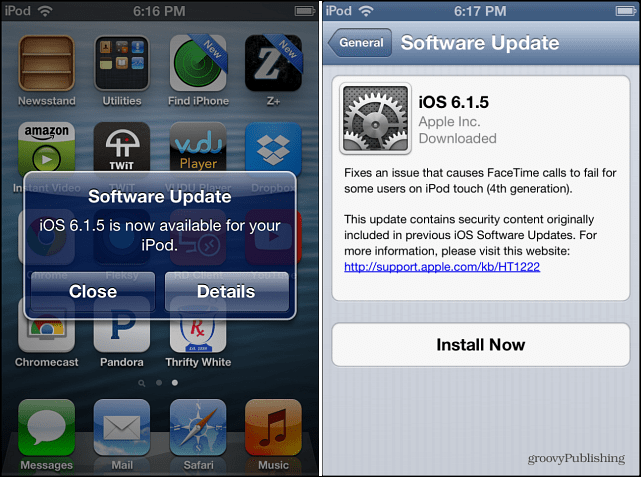 The update is available over-the-air via WiFi from the Software Update Section. If you have a device that’s running iOS 7, there’s an update for it that fixes issues with FaceTime calls too – iOS 7.0.4.