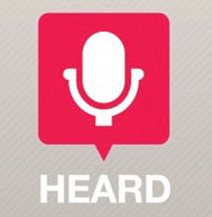 A new app called HEARD constantly records external audio on your iPhone and stores the last five minutes. While an intriguing concept, what about privacy?

A new app called HEARD, hit the app store earlier this week, but was removed shortly after, due to technical issues, reports say. The app is constantly recording, but only stores the last five minutes of audio. Anything past that five minutes is automatically erased. 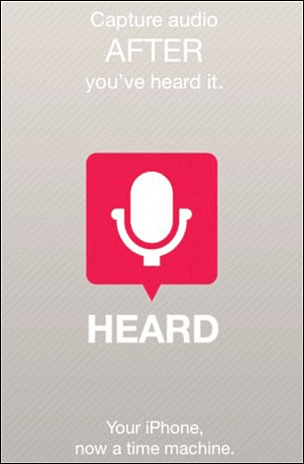 While the app doesn’t sound immediately useful, there are situations where it may be. For instance, not everyone has 10GB of free space on their iPhone. Many of us have a 16GB model, and 1-2GB to spare. Obviously, we can’t record an endless chunk of audio. Now, this may not grab a full conversation, but it will grab that last five minutes, and that’s the idea. If someone says something that you didn’t expect and you later want or need a record of that, it’s now recorded. You just have to whip out your iPhone and tell the app that you want to save those last few minutes it heard.

Perhaps it’s good for recording those “you had to be there” moments. You know the ones. Someone says something funny, or something unexpected happens. It wasn’t meant to be funny, but it is. Then when you try to tell the story to another friend or family member, it loses all its impact, and you are just say, “you kinda had to be there.”

The app isn’t available anymore, but it sounds very cool. It’s definitely something we plan to go hands-on for a review  when it re-releases, rather, if it re-releases. For now, we just have to imagine what kinds of interesting things this app could capture.