New rumors are out on the release of the Apple iPad 3. According to sources, the new iPad 3 will be on sale in March of this year say Bloomberg, quoting “three people familiar with the product”. The specs of the new Apple tablet, expected to give a serious boost to the company’s profits, will be quite impressive. 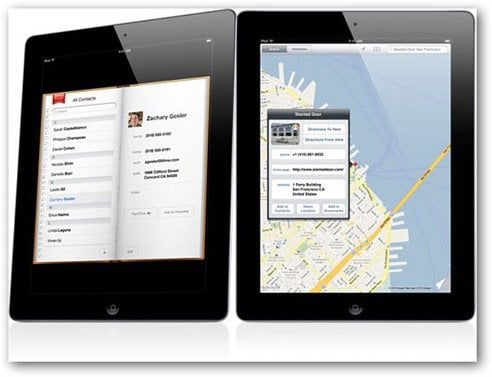 The most important improvement will probably be a quad-core chip, SIRI and 4G LTE (I hope). Several Android tablets on the market already have most of these new features including the Asus’ Transformer Prime. Apple will no doubt work to catch up with the market and release something amazing no one has really thought of before.

The new iPad will also sport an HD screen, the best one in the range so far. One of the sources quoted said the display will have more pixels than some high-definition TVs making the images look like actual prints as the pixels are almost indistinguishable. I’ll definitely want to see that, especially since Apple always did very good in terms of displays. Hopefully the sport glass will also be more shatter resistant as well.

Sources as I noted above also highlight 4G LTE compatibility finally! The joint-venture between Verizon and Vodaphone have been executing on plans for its world-wide LTE network so it’s smart of Apple to finally begin support of the new blazing fast network. I’m curious how carriers will migrate users from the iPhone 1 to the iPhone 3. I have an unlimited 3G plan so I wonder what will happen once AT&T embraces 4G LTE along with Verizon. Will I be grandfathered in or?  Will see….

We can expect no “official” comments from Apple of course despite news that production has begin at the beginning of January. Standard operating procedure it appears — one of Steve Jobs legacies.

So do you have an iPad 1 or 2? Do you plan to upgrade or did you grab a Kindle? Would love to hear what some of you groovyReaders are planning to do!