The Apple rumor mill has been speculating for weeks when the iPad 3 will be landing. Today we have confirmation on the launch date! 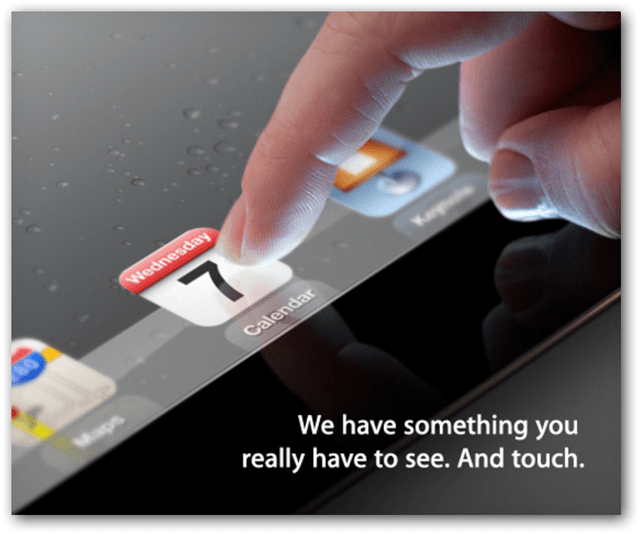 The rumors of the new iPad 3 started hitting the internet this morning with the first post by the CNBC Twitter feed announcing its sources confirmed the iPad 3 would be unveiled in New York (The big Apple….) next week sporting a Quad-Cord processor and the much sought-after 4G LTE radio.

Unfortunately for CNBC however, shortly after its scoop, other publishers began announcing they had received an invitation from Apple with an image of the new iPad 3 (as shown above) and the time and place for the unveiling – March 7th, 10AM PST @ Yerba Buena Center for the Arts in San Francisco.

I’m a proud owner of the original iPad (gen 1) and up until now, I resisted the urge to upgrade to the iPad 2 because Apple (in my opinion) gimped it by failing to include the blazing fast 4G LTE radio with it. I have a Verizon 4G LTE dongle I use with my laptop and once you taste LTE speeds… There’s just no going back.