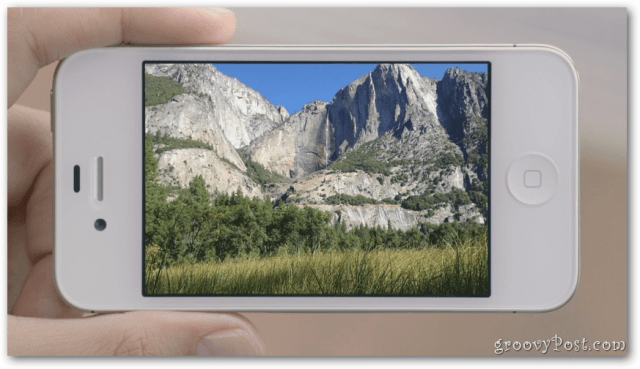 I’m not about to pitch my tent outside an Apple store just yet. But for the first time since my old iRiver MP3 player finally broke down in 2005, I’m actually considering buying an Apple iOS product. I didn’t wind up getting an iPod .  It was too big a leap. I wasn’t ready to sell my soul to the  iTunes Store, either. But Apple chips away at me. There’s a lot about that new iPhone 4S–yes, the one that underwhelms everyone else–that makes sense to me.

I should say right away I’m an Android user now. Not an Android fanboi. Android,  like Windows Phone before it, is for me the most practical choice. It’s cheaper, it’s open, it does what I need. My smartphone has the right carriers. All that has always outweighed Apple’s marketing and design chops for me. Until maybe now. Here’s why:

Verizon: Try using anything else where I live in the Rockies. Just try. Now that the iPhone is even on Sprint, one of the major practical reasons for sticking with Android has been erased. The launch of the Verizon iPhone was widely seen as a disappointment at the time because Americans didn’t all jump ship en masse on the same day to leave AT&T. Perhaps this is because it’s easy to forget that outside the Valley, well… times suck.  Breaking a carrier contract and shelling out a few hundred for better coverage is not in many families’ recession budgets. But we all took notice of the new option and said to ourselves “maybe at Christmas…”

World Phone: The iPhone 4S will work on both CDMA and GSM networks, which I find attractive for traveling. Again, it’s about practicality–especially now that Apple has demonstrated a willingness to release unlocked versions of the iPhone. Suddenly, I’m starting to like Apple’s attitude about openness more than I ever imagined.

Siri: While many were disappointed that this new voice assistant feature seemed to be what Apple saw as the sizzle at its recent media event, I was impressed. To really integrate this kind of service across all the disparate functions of a device without breaking it, Apple’s closed environment is the way to go. For years I’ve been hearing talk about Android fragmentation and responding “so what?” When I saw Siri demonstrated on stage I said to myself “Oh, that’s what.”

All those apps and the iPad – Not a new argument here, but the fact that the best apps tend to debut on iOS coupled with the lack of a decent Android iPad tablet competitor undercuts a key rationale for shunning Apple from my life for so many years. I was a Windows guy instead of a Mac devotee because Windows was the global standard and it made more practical sense. But in the world of apps–especially tablet apps–iOS is looking more like the practical choice.

Price – Starting at $199 for an iPhone 4S? With all of the above? And a used iPhone 4 can currently fetch over $300 from eBay’s Instant Sale buyback site? Maybe I should dig that tent out of the attic and head down to Albuquerque after all…